Cast Details of Marvel’s Guardians of the Galaxy: The Telltale Series Revealed 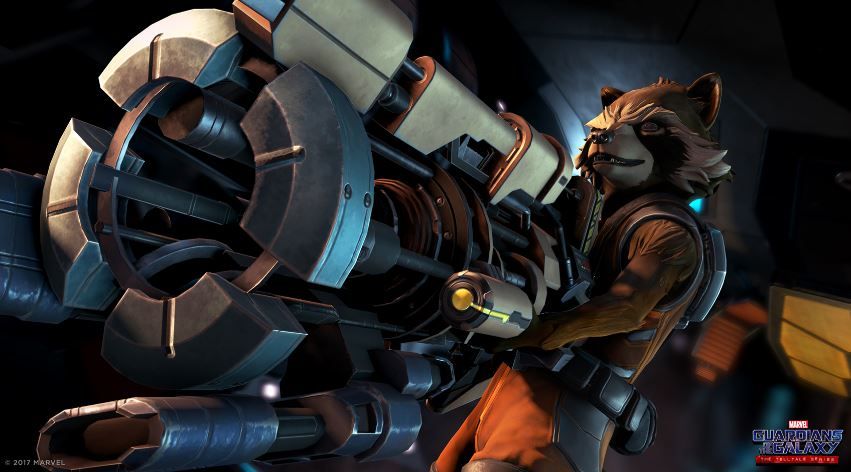 Telltale Games and Marvel Entertainment have unveiled the world’s-first screenshots and cast details for Marvel’s Guardians of the Galaxy: The Telltale Series, which is due to launch digitally this spring on consoles, PC, and mobile.

The game boasts a brand new storyline featuring the most unlikely heroes in the universe: Star-Lord, Gamora, Drax, Rocket, and Groot. After an epic battle, the Guardians find an artifact that holds unspeakable power. Each of the Guardians has their own personal reasons for wanting the relic for themselves, as does a ruthless enemy who is the last of her kind and who will do anything she can to take the relic from the Guardians.

With an adventure that takes you from Earth to the Milano to Knowhere and beyond, all set to the typically awesome music exemplified by the soundtrack of the original Guardians of the Galaxy movie, it’s up to you to proudly wear the rocket-powered boots of Star-Lord in this original new storyline, where your actions and decisions drive how you experience the action.

The Telltale team and Marvel Games creative director Bill Rosemann will be appearing at PAX East in Boston today to talk about the creative process behind the game. Follow the link below to find out more. Then, on March 17, at SXSW in Austin, TX, you can be part of the first audience in the world to Crowd Play an early version of the first episode. Details at the link below.

Cast members announced today include Scott Porter (Friday Night Lights, The Walking Dead: The Telltale Series) as Star-Lord; Emily O’Brien (The Young and the Restless, Middle Earth: Shadow of Mordor) as Gamora; the legend that is Nolan North (The Uncharted series, Pretty Little Liars) as Drax; and Adam Harrington (The Wolf Among Us, League of Legends) as Groot.

Gaming Expo | SXSW Conference & Festivals
You must log in or register to reply here.

Dec 2, 2016
Maura
M
M
Get Ready for a Telltale Guardians of the Galaxy Game!