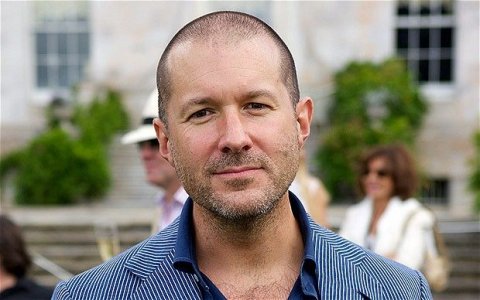 ​
You donâ€™t see top Apple executives giving too many interviews and thatâ€™s probably also part of their business strategy. But Appleâ€™s senior vice president of design Jony Ive has recently given an extensive interview to the UK paper The Sunday Times which is also available for free on the Time.com website. Ive talks about his design philosophies, his close relationship with Apple co-founder Steve Jobs and his expectations for Appleâ€™s future. Here are some of the most interesting excerpts:

This is what Ive had to say about the design principles over at Apple:

Weâ€™re surrounded by anonymous, poorly made objects. Itâ€™s tempting to think itâ€™s because the people who use them donâ€™t care â€” just like the people who make them. But what weâ€™ve shown is that people do care. Itâ€™s not just about aesthetics. They care about things that are thoughtfully conceived and well made We make and sell a very, very large number of (hopefully) beautiful, well-made things. Our success is a victory for purity, integrity â€” for giving a damn.
Click to expand...

When asked about his relationship with Steve Jobs, the design genius had only words of praise:

So much has been written about Steve, and I donâ€™t recognize my friend in much of it. Yes, he had a surgically precise opinion. Yes, it could sting. Yes, he constantly questioned. â€˜Is this good enough? Is this right?â€™ But he was so clever. His ideas were bold and magnificent. They could suck the air from the room. And when the ideas didnâ€™t come, he decided to believe we would eventually make something great. And oh, the joy of getting there!
Click to expand...

He was also questioned whether heâ€™d stop working at Apple if the company could no longer make innovative products:

Yes. Iâ€™d stop. Iâ€™d make things for myself, for my friends at home instead. The bar needs to be high. I donâ€™t think that will happen. We are at the beginning of a remarkable time, when a remarkable number of products will be developed. When you think about technology and what it has enabled us to do so far, and what it will enable us to do in the future, weâ€™re not even close to any kind of limit. Itâ€™s still so, so new.
Click to expand...

Just as expected, he didnâ€™t indulge to reveal more details on potential upcoming products such as the Apple TV or the iWatch? Albeit quite long, the article is quite an interesting read, so go ahead and let us know what you best liked about it.

Source: Time.com
You must log in or register to reply here.

Steve Jobs - The Playboy Interview from 1985!