The Apple eMate, Apple's low cost entry into the laptop and education market appears to be a viable contender to the much newer, and more hyper iPad. Which one is better though?

the eMate, while being a bit underpowered (25mhz) has a touchscreen with handwriting recognition. The iPad does not feature this. The eMate also comes with expandability in mind with upgradeable ram, PCMCIA, and a serial port, along with a built in hardware keyboard.

The iPad does have a color screen and 10 hours of battery life, but the eMate could get 30 hours of use on a single charge, and had indiglo backlighting.

Both feature web browsers with no flash support, and both come without a built in web cam. The iPad does have a thinner form factor, along with being 2.5 pounds lighter. The eMate, however, has a handle, and can withstand being dropped off of a two story house.

Lets talk software. The iPad only allows content to be downloaded from the app store. The eMate allows any third party application to be downloaded and installed from anywhere. I think we all can agree, the Apple eMate 300 is the clear winner.

I've never even heard of the eMate but after a quick search I found this pic: 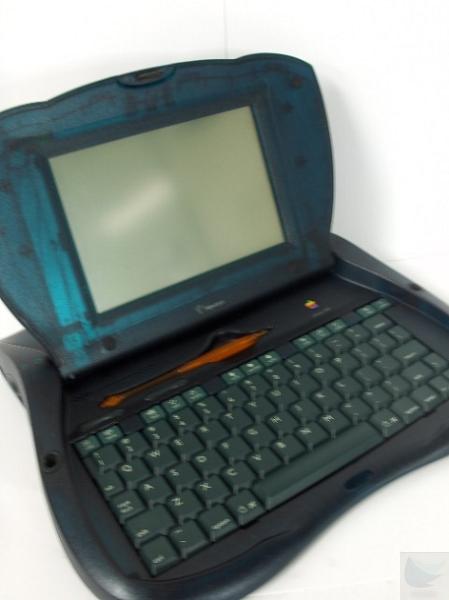 I would have to guess the iPad would be the choice for many. Very interesting comparison though!

Have you used one before? What's the latest OS it supports?
OP
S

After seeing people comparing the iPad to PS3's, toasters, Dyson vacuums, etc. I figured this would've been a little more realistic.. Despite the 13 year age difference.

This device, despite the slow processor even supported multitasking.

Obviously the clear choice would be the iPad. But it never hurts to see the projects that probably helped influence it in some way.
You must log in or register to reply here.