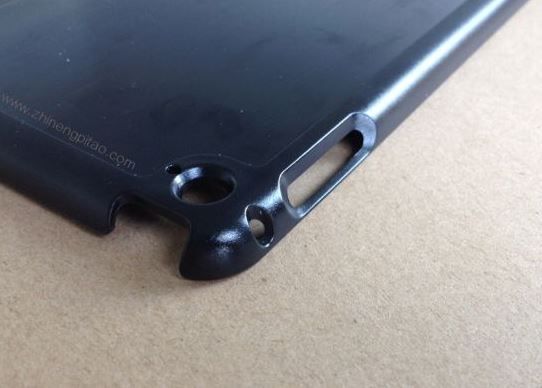 G4Games reports today on a new leak of pictures of what is said to be a case for the forthcoming iPad Air 2.

Possibly the most interesting thing about these new pictures is that they appear to show a new portal close to the main camera, which nobody is quite sure what it actually is. As G4Games notes, it could in fact just be the location of the microphone, or could it possibly be something to do with the camera, especially as it is located in close proximity to the camera. It’s possible that the space is for some sort of laser-focusing device, or an LED flash. If it were to be the latter, this would be a first for an iPad.

Apple is expected to launch a new range of iPads some time before the end of the year, presumably once everyone has got over the excitement of the iPhone 6 launch!

And given the unprecedented and record-breaking success of said iPhone launch, expectations will be higher than ever for the next generation of iPads.

Looking forward to this though my iPad has been having issues. I hope it will get sorted out soon though.
You must log in or register to reply here.