Foxconn Planning to Build an Apple Products Factory in India 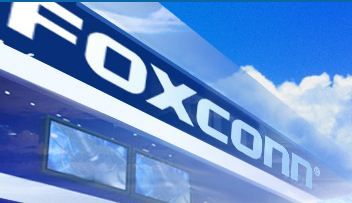 AppleInsider reports that according to The Economic Times of India, Foxconn is currently negotiating with the Indian government to build a manufacturing plant solely for Apple products in India.

Apparently the deal is progressing well, and Foxconn is on the verge of signing the deeds for a 1,200-acre area of land in Maharashtra, where it will then build a $10 billion manufacturing facility solely to manufacture Apple devices. It’s expected that it will take around 18 months for the plant to be fully operational.

This comes almost one year after Maharashtra’s industry minister Subhash Desai said that Foxconn was interested in building a facility in his region in order to spread its manufacturing business to other parts of the world besides China.

This also makes sound sense with Apple’s interest in expanding its position in the Indian market, with even the launch of the iPhone SE said to be partly influenced by wanting to have a more affordable iPhone to sell in territories such as India. Apple has also been working on opening more Apple Stores in India, to increase its presence in the country even more, and recent news reports have indicated that Apple is slowing gaining ground in terms of iPhone sales in the country.

Source: Foxconn nears deal to build iPhone manufacturing plant in India, report says
You must log in or register to reply here.

Mar 9, 2017
Maura
M
M
Foxconn Planning Investment in the US