Fortnite on iOS Has Already Made $100 Million 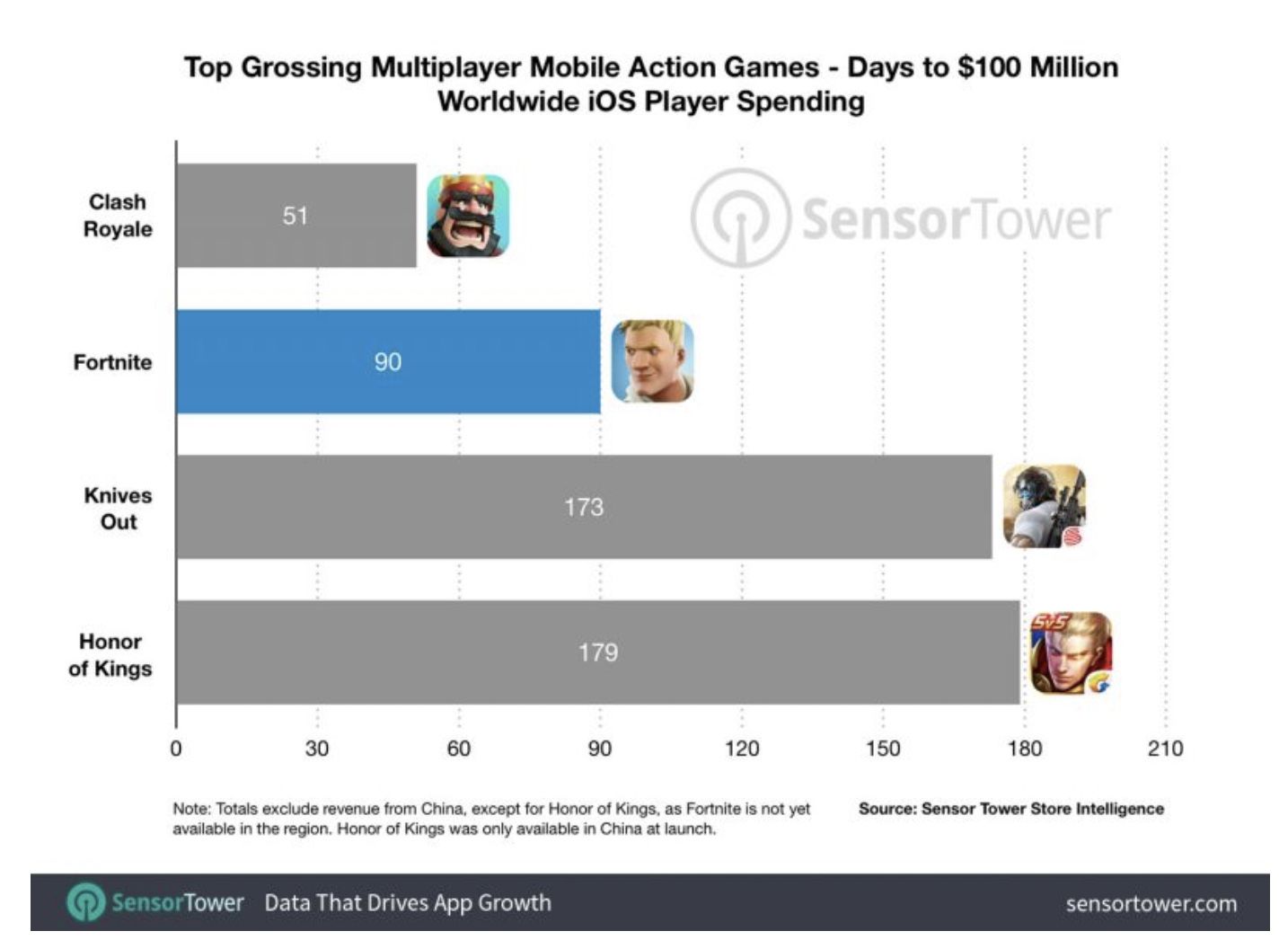 MacRumors reports today that according to new data from app analytics firm Sensor Tower, the iOS version of Epic Games’ worldwide video game phenomenon, Fortnite, has already earned $100 million in just 90 days since it was released. This makes Fortnite the second-fastest app ever to reach the $100 million mark, with Clash Royale still holding the record for the fastest ever app to earn that amount, achieving it in just 51 days. Fortnite and Clash Royale were ahead of both Honor of Kings and Knives Out, the third- and fourth-fastest apps to reach $100 million, reaching that goal in 173 and 179 days respectively.

Fortnite made $1.5 million when still in beta, and in its first month it earned $25 million; 2 weeks after that it had already earned $50 million, and now it has reached that magical $100 million milestone just 6 weeks after that. Even more noteworthy is the fact that for the first 3 months, Fortnite was only available to those who had been invited to play, so just imagine what sort of revenue it would have made if it had been available to everyone who wanted to play it from launch.

Source: Fortnite on iOS Has Now Earned $100M Since Launch
You must log in or register to reply here.

M
Fortnite for iOS Made More Than $1.5 Million in In-App Purchases in its First 3 Days