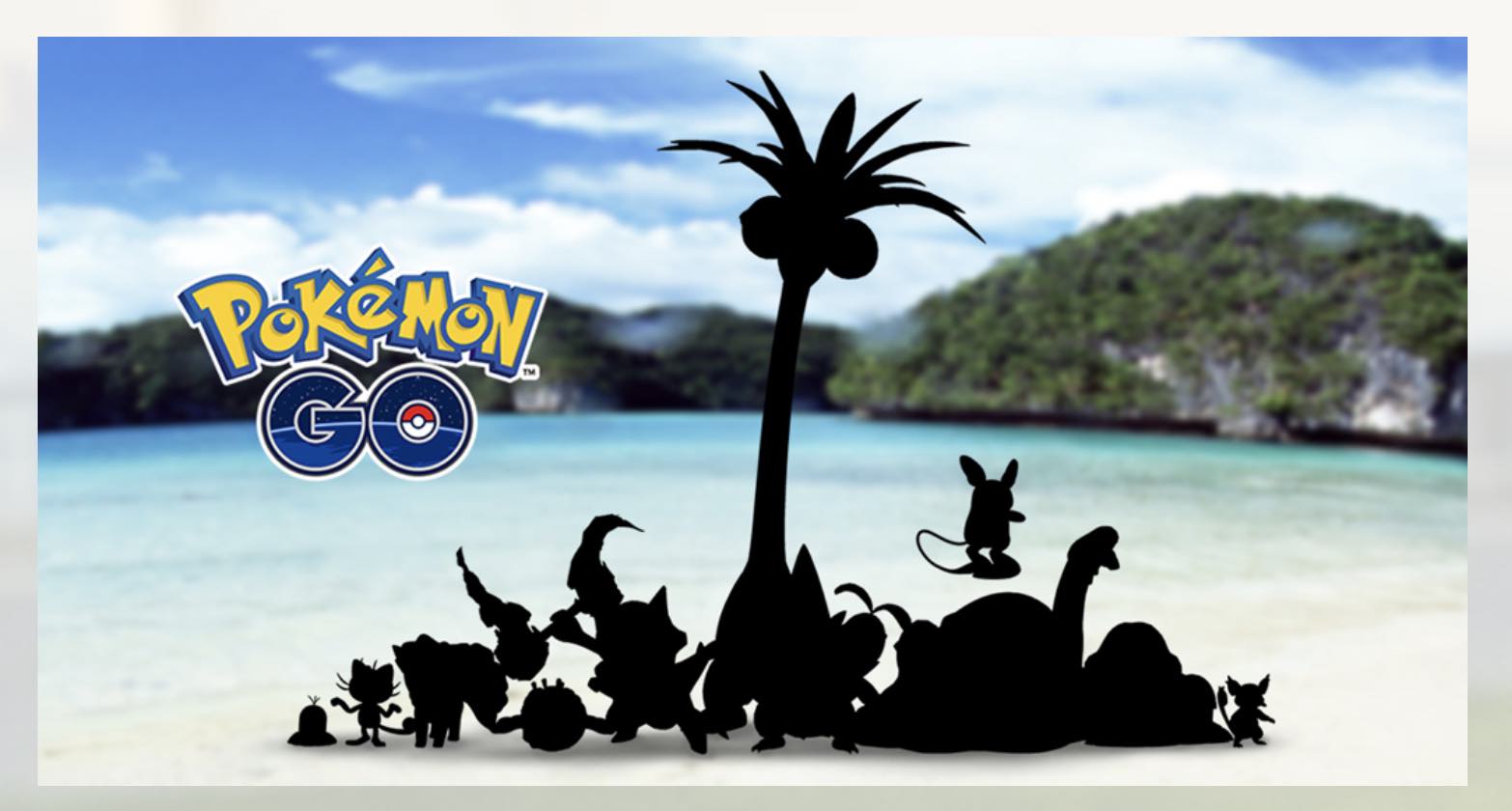 Forbes’ Dave Thier writes that it’s a little surprising that we are actually getting Pokémon from Gen 7 (albeit special versions of Gen 1 Pokémon), which first appeared just 2 years ago, before we’re getting any from Gen 4, but the summer theme actually makes perfect sense going into the summer season for the game.

The image released by Niantic gives a lot of clues about which Alolan Pokémon will be coming to the game, and it’s thought that the final list will include Alolan Raichu, Ninetails, Rattata, Meowth, Grimer, and Muk, to name but a few.

As Thier notes, the Alolan forms of the Kanto Pokémon are basically tropical versions, but some of them are very strange, even by usual Pokémon standards of quirkiness, such as the hilarious surfer Dugtrio with its golden locks, as well as the palm-tree stylings of Exeguttor.

It’s likely that the Alolan forms will have new classifications under their old variants in the Pokédex rather than getting new entries, but we won’t know for sure until Niantic reveals more details.

'Pokémon GO': All The Gen 1 Pokémon With Alolan Forms
You must log in or register to reply here.