Can not copy Photos from Ipad to Iphone

MY Ipad and Iphone are both Jailbroken and have pc networking installed. Using Openssh from my pc, I appeared to delete photos from the Iphone photo directory:

ssh and explorer view did not show any pictures, but the iphone photo app still showed the camera roll album with the same pictures. I know what I tried to delete were the same photos as I viewed them on my pc. I then copied over 2 pictures from my Ipad photos directory:

filesystem\var\mobile\Media\DCIM\100APPLE - to the iphone photo directory

I see them in windows, but the Iphone pictures app still only shows the original pictures.

I am a pretty clever guy, but apple is doing something I can't figure out what is going on here.

Can I get a prize for answering my own post?

Found the instructions here, although I had to find files in a different directory:

Then, reload photos, and all files in filesystem\var\mobile\Media\DCIM\100APPLE are shown in camera roll when next opening photos.

I have hacked and won!

Glad you worked it out!
Will this do? 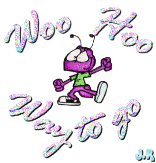 Yes - coming from a super moderator -It will do!

There is one unresolved issue. Where were the cached pictures stored after I deleted them? They did show in the camera roll until I deleted the other files. I don't need the info now, but would be nice for completion.
T

dragon499 said:
Can I get a prize for answering my own post?

Found the instructions here, although I had to find files in a different directory:

Then, reload photos, and all files in filesystem\var\mobile\Media\DCIM\100APPLE are shown in camera roll when next opening photos.

Thank you so much, I've struggled all day with this problem, why do crapple behave like this, can't they just be happy with massive profits made on the hardware sales.
Following your advice I now have a quick easy procedure to copy pics to my iPad and manage them the way I wanty to and not the way iTunes wants to.

Problem with Photo Album+ for iPad

Can you somehow "reindex" photos (not all of them are displayed)?

M
Photo transfer from iphone to ipad via ifile

D
Why are video's upside down?