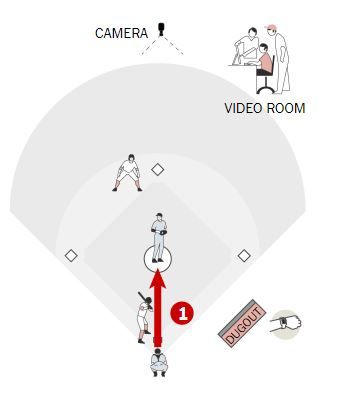 According to a report in The New York Times, the Boston Red Sox have been found to have been using Apple Watches in order to gain an advantage against the Yankees and other teams.

The actions by the Red Sox were discovered by investigators for Major League Baseball, who found that the team had been secretly stealing hand signals from the catchers on the opposing team, according to sources.

The baseball enquiry started around two weeks ago, when the Yankees’ general manager, Brian Cashman, filed a complaint with the commissioner’s office, along with a video of the Red Sox dugout that had been filmed during a three-game series between the Yankees and the Red Sox in Boston in August.

According to the Yankees’ complaint, the video shows a member of the Red Sox training staff looking at an Apple Watch in the dugout, then sending a message to other players in the dugout who would then signal their teammates in the field about what sort of pitch was about to be thrown.

The investigators upheld the complaint and confronted the Red Sox about their actions, who then confessed. However, the Red Sox then filed a counter complaint today against the Yankees, saying that they use a camera from their YES television network to steal signs during games, which the Yankees have denied.

Commissioner Rob Manfred has not yet announced what penalties he will impose on the Red Sox, simply stating, “We will conduct a thorough investigation on both sides. We’re 100 percent comfortable that it is not an ongoing issue.”

Source: Boston Red Sox Used Apple Watches to Steal Signs Against Yankees
You must log in or register to reply here.