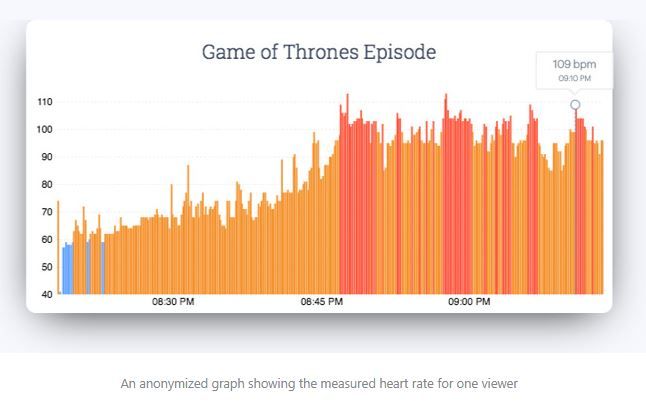 AppleInsider writes that heart-monitoring Apple Watch app Cardiogram has found a novel way of publicising what the app can do by creating a user challenge designed to monitor the heart rates of Game of Thrones fans when they are watching the show.

A total of 300 people enrolled in the Cardiogram Habits “What Game of Thrones Does to Your Heart Rate” test. The app then prompted users to turn on continuous heart rate recording on their Apple Watch at 8:45 p.m. on Sundays, which is when the show airs in the US.

Around 2.3 million measurements were recorded during the first four episodes of the seventh season, which gave the app developers plenty of data to work with in terms of noting heart rate trends.

Cardiogram’s co-founders, Brandon Ballinger and Johnson Hsieh, said that the app is designed to provide details about your heart rate throughout the day. In May, Cardiogram and the University of California’s research found that the Apple Watch heart rate sensor could detect atrial fibrillation with 97% accuracy.

Source: Apple Watch Cardiogram Measures Game of Thrones Viewers Heart Rate
You must log in or register to reply here.