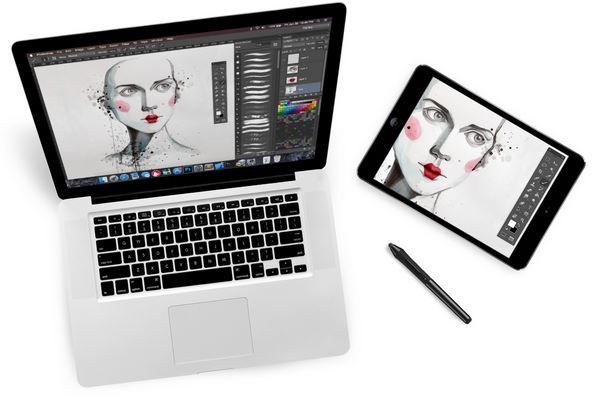 The app works by interfacing with the Mac client via Wi-Fi or USB, so that the strokes that you make on your iPad are reproduced in the corresponding Mac app, whether it be Adobe Photoshop, Adobe Lightroom, Pixelmator, and so on.

iDownload Blog says that pretty much any pressure-sensitive stylus on the market will work with the app, with stylus strokes being transferred to the Mac with smooth, 60-frames-per-second movement. This fluidity is apparently due to the proprietary Liquid technology, which is said to be almost three times more fluid in its responsiveness than Apple’s AirPlay.

“For the first 6 months of development we had no idea whether we could build the technology to allow the level of image quality and performance suitable for the most demanding artists and designers,” said the developers, but it seems that they have managed to achieve their aim.
Click to expand...

Source: http://www.idownloadblog.com/2015/02/23/astropad-preview/
You must log in or register to reply here.