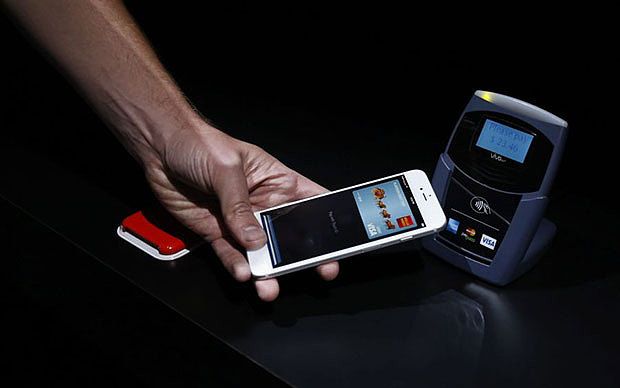 Apple's fresh Apple Pay NFC-based payment system is gaining traction in the United States, and we're now hearing news that the service will roll out to users in the United Kingdom in the first half of next year, as well. The Telegraph was the first one to break the story:

Britain's top banks are in talks with Apple to introduce its iPhone “wave and pay” service, Apple Pay, to the high street in the first half of 2015. Negotiations between the Silicon Valley giant and at least one of the biggest banks have proved tricky, however, because of wrangling over the terms, including what data Apple will be able to access, according to sources.

It is understood the bank is uncomfortable with the amount of personal and financial information Apple wants to collect about its customers. Some executives fear Apple Pay and the data it delivers to Apple could serve as a beachhead for an invasion of the banking industry. Sources accepted no major bank will want to miss out on Apple Pay, however, as early signs from the United States suggest it may be the service to finally convince consumers to pay with mobile phones.
Click to expand...

At the moment we don't know which banks specifically are in talks with Apple, but it's been said “at least one of the biggest banks” is currently negotiating with the company. However, there are several executives that fear Apple wants to take over the banking industry.

At the moment, Apple Pay accounts for just 1.7 percent of the mobile payments market after its launch on October 20, still lagging behind Google Wallet’s 4 percent share of the market, according to recent data from ITG research.

That sounds nice . I foresee at least two problems. Firstly that my bank is bound not to join in and secondly that I haven't got any money in it in the first place .
You must log in or register to reply here.

Apple Pay Extends to Another 15 Banks and Credit Unions, Brings Total Number to 60