Apple Working on its Own Version of Snapchat 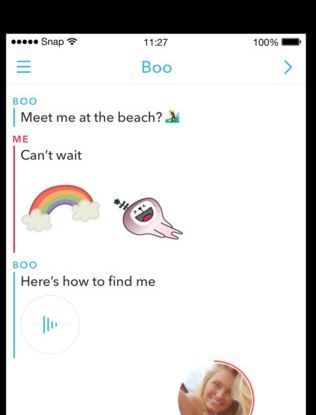 According to Bloomberg Technology, Apple is currently working on its own version of a video sharing and editing app.

Bloomberg’s source says that Apple is once again intending to focus on how to integrate social network apps with iPhone and iPad in a bid to emulate the success of such companies as Facebook and Snapchat.

Apple has not previously had a lot of success in this area, with 2010’s Ping failing to take off, but it wants to give it another try in order to keep relevant with younger people, according to Bloomberg.

The new video-sharing app that Apple is working on will be along similar lines to Snapchat, with users able to record and post video footage, complete with filters and drawings. This content could then be sent to the user’s contacts, or shared via other social networks such as Twitter.

The software that Apple is currently working on to this end is designed to be used mainly with one hand; the videos can be filmed, edited, and uploaded in under 1 minute. Bloomberg’s sources say that at least one of the prototypes can film video footage in a square shape, just like with Instagram.

With this new software Apple is hoping to appeal to the Snapchat and Instagram generation. The software will be packaged as a standalone app that might be downloadable via the App Store, or, alternatively, could be included in the iPhone camera app.

The sources also said that the video-sharing app, which is currently only in the early stages of development, is being developed in the same Apple department where Final Cut Pro and iMovie were developed. It’s expected that the app will be launched in 2017, but Apple could just as easily shutter the entire project if it doesn’t make the grade.

Source: Apple Weighs iPhone Video Editing App in Renewed Push on Social
You must log in or register to reply here.