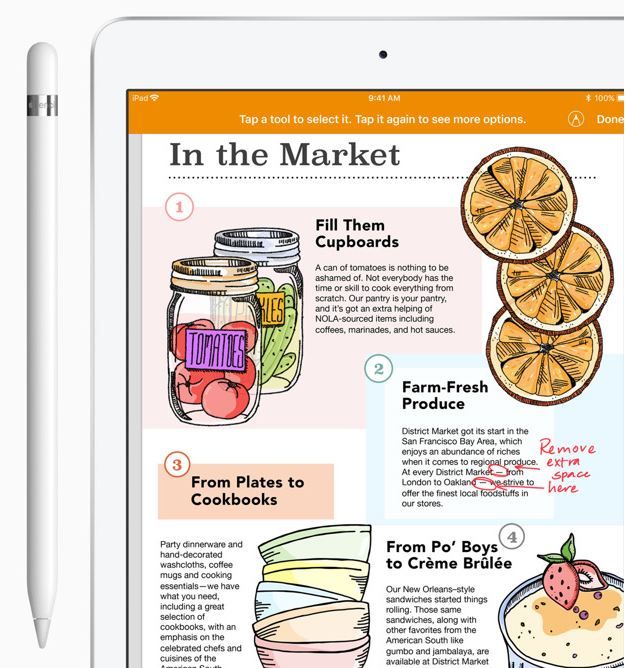 “Smart Annotation” is another new feature, although currently only in the beta stage, whereby notes can be fixed to individual sections of text.

Support for digital book creation has also been added in the update for both iOS and macOS, so you no longer need to use a separate app. You’ll find several templates included, and you can either use existing images and videos or new Pencil drawings to illustrate your book. Using real-time collaboration, a whole team of people can work on a book project at the same time, and then share their work as an iBooks file.

New Pages features included in the update are a Presenter Mode, side-by-side page views, and being able to produce “master” pages for your design project to make it more consistent. Also included are landscape or portrait view options, as well as donut charts, insertable image galleries, editable character and paragraph styles, conditional highlighting in tables, and more editable shapes.

New Numbers features include most of the aforementioned new Pages features, plus new table sorting options, improved CSV and text data import, and bidirectional flow of Arabic and Hebrew.

Finally, some Keynote improvements separate from the other two app updates include animated drawings in slideshows, easier switching of themes, and the ability to customise slide sizes and aspect ratios.

Source: Apple updates iWork for Mac and iPad with Apple Pencil annotations & more [u]
You must log in or register to reply here.