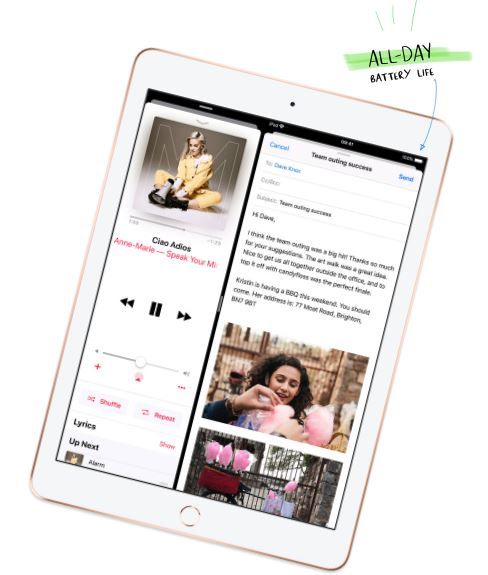 AppleInsider reports that Apple has managed to quiet the negative Wall Street chatter yesterday, with record figures for the March quarter and growth in its services division revealed in its first fiscal results of 2018.

In yesterday’s earnings conference call, Apple CEO Tim Cook and CFO Luca Maestri discussed some of the highlights of the newly released results, such as the fact that the iPhone X was Apple’s top-selling iPhone every week over the March quarter, which was also the first quarter where the iPhone X was the most popular.

Also noteworthy in the earnings call was the revelation that Apple’s wearables business, including AirPods, Apple Watch, and Beats headphones, is now equal to that of a Fortune 300 company.

Good news also for Apple on the Mac front, with installs up by double figures, and 50% of sales from new customers, and also from the services division, which, thanks to impressive growth, is now Apple’s second-biggest revenue sector.

During the earnings call following the release of the results, Tim Cook highlighted the fact that the iPhone X was in fact far from the flop that some detractors had claimed, stating that it had actually sold more than any other iPhone model in every month since it launched last November, despite being Apple’s most expensive iPhone ever. Another good sign is the fact that that iPhone inventory has been reduced by 1.8 million, which is 600,000 more than the year-ago quarter. Also, in the fiscal half-year, Apple made $100 billion in iPhone revenue, which represents the best growth for that period for 3 years.

Cook said that he “could not be prouder” of the iPhone X, and that it is a “beloved” device that attracted customers from diverse demographics. He acknowledged that he was “surprised” by the extent of the popularity of the iPhone X. Cook also noted that the iPhone X was the most popular smartphone in China in the March quarter.

More great news for Apple in terms of iPad sales as well, with the company reporting that the iPad active device install base is at its highest ever.

Source: Notes of interest from Apple's Q2 2018 conference call
You must log in or register to reply here.