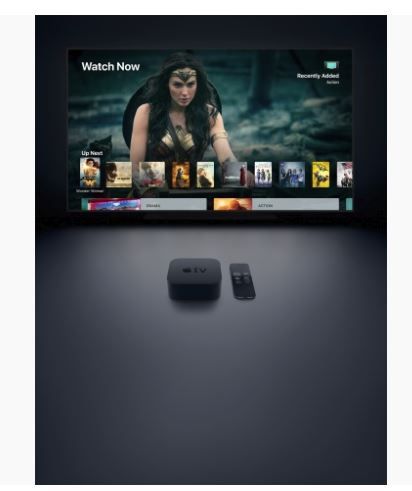 With all the excitement about yesterday’s iPhone announcements, Apple’s other product announcements at the event have been a little overshadowed by the big reveals, such as the introduction of the new Apple TV 4K, for example.

"Bring the magic of the cinema straight to your living room with the new Apple TV 4K,” said Eddy Cue, Apple’s senior vice president of Internet Software and Services. “Customers will love watching stunning 4K HDR movies from an impressive catalog on iTunes, while also getting automatic upgrades of 4K HDR movies already in their iTunes library and enjoying 4K content on services like Netflix and Amazon Prime Video, coming soon.”
Click to expand...

The new Apple TV 4K is built on the A10X Fusion chip, and comes complete with support for both Dolby Vision and HDR10.

Using Siri and the Apple TV app you can easily find and play exactly the content you want, with Siri making it very easy to search using only your voice. Siri is also able to find you 4K movies across all your apps.

The new sports integration introduced by Apple on stage at the Steve Jobs Theater yesterday looked very exciting, with sports fans able to track their favourite teams and get on-screen notifications when they are playing.

Currently, the TV app has only been available in the US, but from this month it will also be available in Australia and Canada, and in France, Germany, Norway, Sweden and the UK by the end of the year.

4K TV this price is very expensive
A

as per Indian perspective this price is reasonable for a 4K TV resolution feed. However the prices of 4K TV sets are on higher side in India.
Moreover, almost all 4K TVs have smart connectivity options and majority of them have android OS built in. That way this price might look on little higher side.
You must log in or register to reply here.