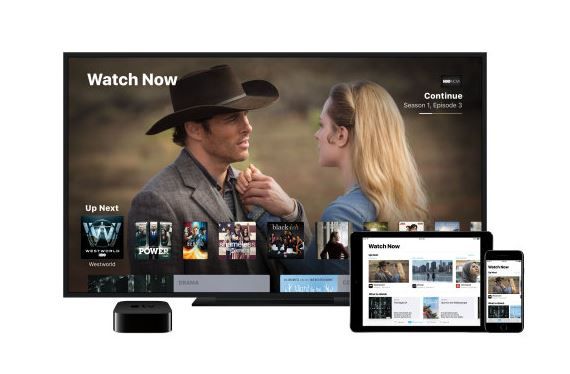 Apple’s big event today is primarily to launch the new MacBook range, but before unveiling the new computers, Apple CEO Tim Cook announced a brand new unified TV app that he said will “completely change how you watch TV with your Apple TV as well as your iPhone and iPad.”

One of the app designers then demoed the new app and some of its main functions, kicking off with Watch Now, a feature where you can see everything that you are presently watching on all your apps on all your devices. You can then go to Up Next or Recommended to choose what to watch next.

In Up Next, all the shows and movies that you are currently watching are presented in the order that you’re most likely to watch them in, so the next episode in a series will be presented to you next, for example. You can also choose at any time when using your device to ask Siri to continue watching a show and you’ll be able to pick up where you left off.

In Library you can see all the content that you have rented and purchased from iTunes.

Store is where you discover and purchase new content, of course, including video services that you haven’t yet subscribed to or downloaded, as well as the latest iTunes releases.

“Using apps on Apple TV, iPhone and iPad has become the primary way for so many of us to watch television,” said Eddy Cue, Apple’s senior vice president of Internet Software and Services. “The TV app shows you what to watch next and easily discover TV shows and movies from many apps in a single place.”
Click to expand...

The new TV app will be installed on all of your compatible devices, and will always . stay in sync so that when you start watching on one device, you’ll be able to continue watching on another from exactly where you left off. On iPhone and iPad the TV app will replace the Videos app. It will launch before the end of the year in the US, according to Tim Cook.