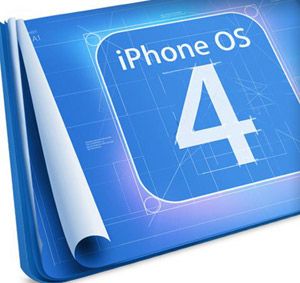 Apple has today had the great unveiling of the iPhone 0S 4 software, which will be coming to iPhone and iPod touch in the summer, and at the same time Apple has also confirmed that a version of iPhone OS 4 will be released for iPad this Fall. The seven main â€œtent polesâ€ of the software, as Jobs called them, are multitasking, folders, enhanced mail, iBooks, enterprise, Game Kit, and iAd. Although the press conference was mainly about unveiling OS 4, Jobs took several moments at the start of proceedings to generally say how utterly fab the iPad is! He started off by confirming that as of today, Apple has sold 450,000 iPads, adding that Best Buy is out of stock: â€œWeâ€™re making them as fast as we can. We canâ€™t make enough of them, so weâ€™ll try harder.â€

As far as iBooks is concerned, Jobs says that there have been over 600,000 downloads so far. Finally, he revealed that they sold over 1 million iPad apps on launch day, and that 3.5 million apps have been downloaded through today. Jobs then showed off some of his favourite apps, such as the driving games, Marvelâ€™s comic book app, IMDBâ€™s app, which he called â€œfantasticâ€, and even an accordion app!

I am not surprised with the fall release date. Seems like they lots in development.

What did he say about the WiFi issue?
You must log in or register to reply here.