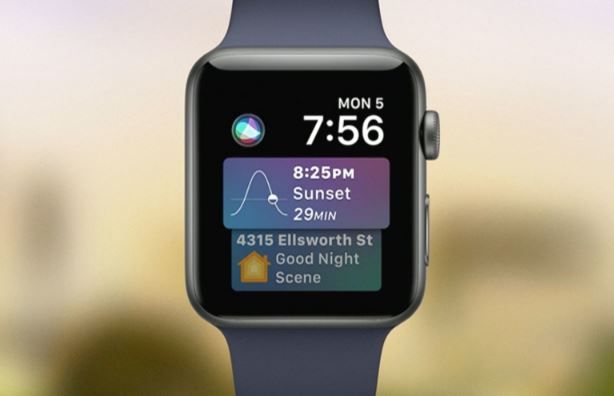 WWDC17 kicked off today at the San Jose Convention Center in California with the Keynote presentation hosted by Apple CEO Tim Cook. The first main announcement was watchOS 4. After announcing proudly that Apple Watch is the number 1 best-selling smartwatch by far this year, with the best customer satisfaction ratings as well, Tim Cook handed over to Kevin Lynch to introduce watchOS 4.

First up we have three new watch faces, beginning with the Siri face, which is powered by Siri intelligence, and which looks really useful! When you raise your wrist, the face dynamically updates with Siri information throughout the day. The other two new faces showcased by Lynch were a psychedelic-looking kaleidoscope face, and the face that got the biggest cheer by far, Toy Story, featuring Woody, Jessie, and Buzz. The faces look really cute, and whenever you lift your wrist you'll see the characters perform vignettes.

Next, Lynch introduced the watchOS 4 Activity app, explaining that it will now be much easier to personalise the app, complete with monthly challenges.

The Workout app is one of the most popular Apple Watch apps, and with watchOS 4 it now has a new AI, including auto sets for pool swim. Lynch explains how it is now much easier to switch between multiple workouts in a single session. Also, when using gym equipment, you can now enable two-way data exchange between gym equipment and Apple Watch. This new feature is supported by the largest gym manufacturers in the world, and will be coming this fall.

Finally, the Music app on Apple Watch has been redesigned and will now automatically sync music to you based on what you like to listen to, including supporting multiple playlists.

Sources: Apple, Live from Apple's WWDC 2017 keynote!
You must log in or register to reply here.