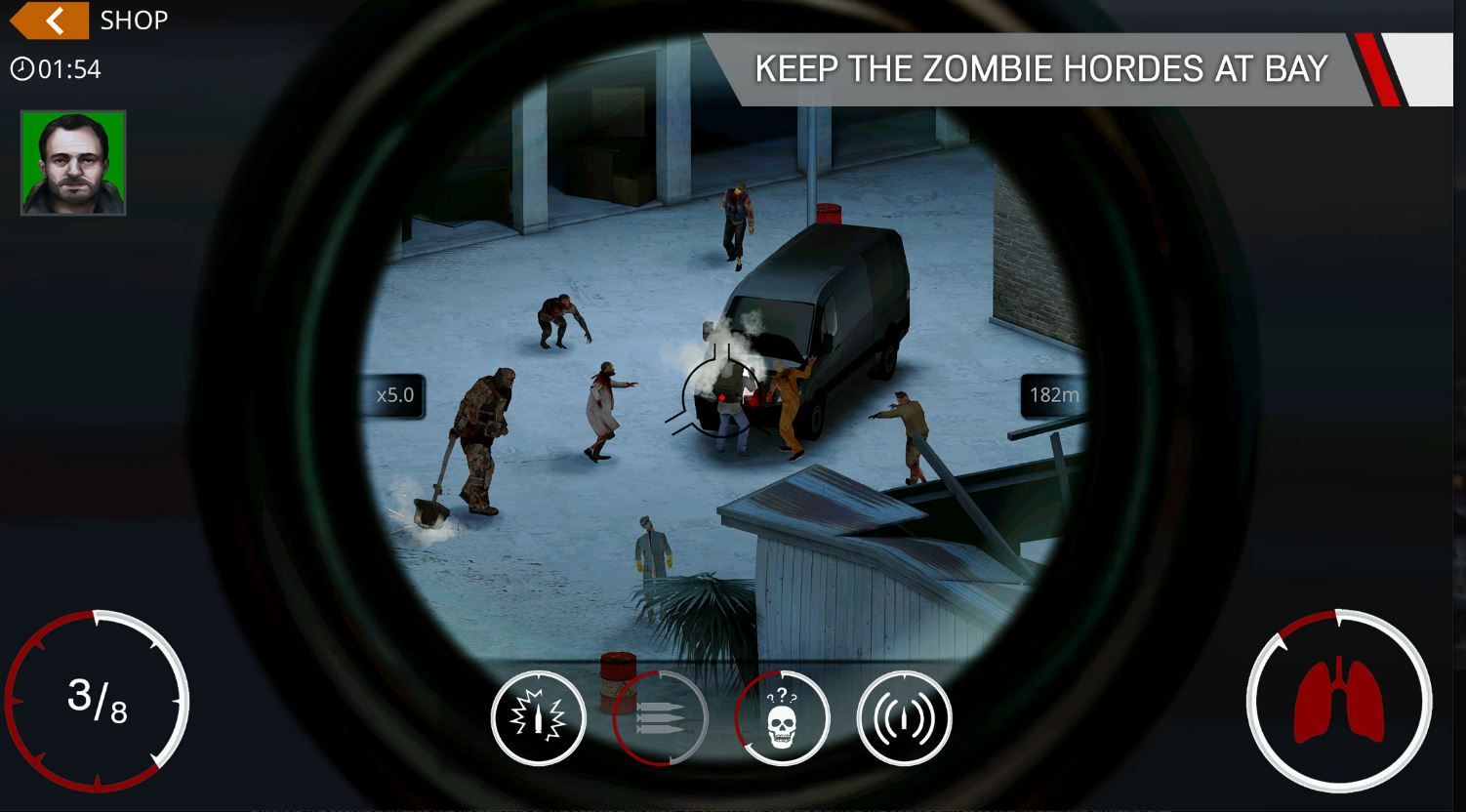 Zombie hordes have invaded Square Enix’s Hitman: Sniper game with the release of the free Death Valley update. Death Valley Challenge Mode introduces a new wave-based zombie survival mode, to test the speed of your reactions and how long you can hold your nerve against the zombified swarm.

Death Valley Challenge Mode is set in an abandoned military base, and it’s your job to defend the sole survivor, Ben (who is named in honour of the winner of the PAX East 2016 tournament) from the shuffling undead.

Death Valley Challenge Mode has three difficulty levels, more than 30 achievements that can be unlocked, new customizable weapon options, and dynamic AI that adjusts to your performance, keeping you on your toes.

Aside from this new mode, the update also includes new upgrade levels for the game’s current rifles, plus the chance to buy the new Jaeger rifle from the 2016 Hitman console game as an in-app purchase.

It’s great to see that one full year since the game was first released on June 4 2015 that Square Enix Montreal is still adding new content to the original Montenegro Contracts mode, as well as holding regular live community events.

Source: Square Enix Montreal
You must log in or register to reply here.