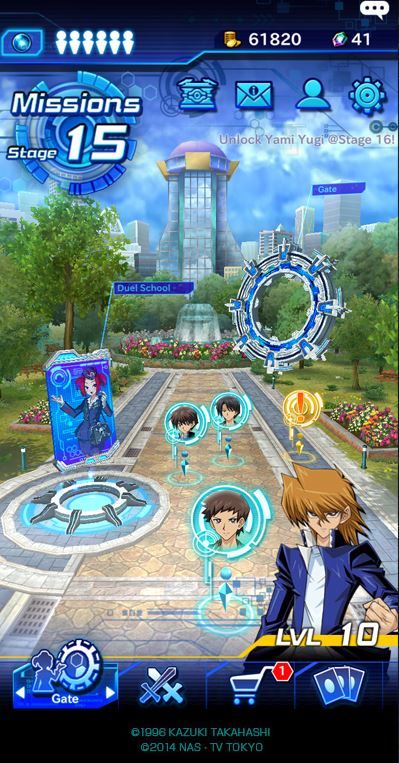 Konami’s Yu-Gi-Oh! Duel Links has finally arrived in the App Store today following its launch in Japan last November, where it has seen more than 13 million downloads and topped the Free App charts.

Based on the Yu-Gi-Oh! trading card game, Dual Links gives players the chance to construct the ultimate Deck from more than 700 authentic Yu-Gi-Oh! cards and then take on opponents all over the world in real-time PvP Duels, summoning monsters and playing spells and traps to defeat rivals.

The Yu-Gi-Oh! series is based on the manga Yu-Gi-Oh! by Kazuki Takahashi, which first appeared in the Shonen Jump magazine in 1996, as well as the fifth version of the Yu-Gi-Oh! animated series. Konami released the first console Yu-Gi-Oh! game in 1998.

Source: Konami
You must log in or register to reply here.