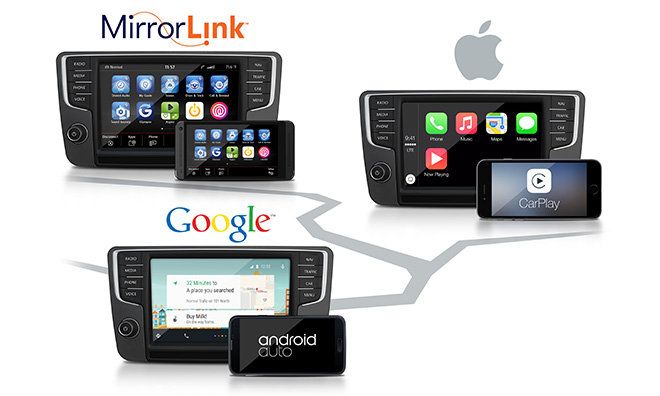 German carmaker Volkswagen has unveiled its plans to incorporate Apple's CarPlay in next-generation infotainment systems, with the software being included in select models this year.

Besides the CarPlay initiative, Volkswagen will also introduce MirrorLink, the company's in-house solution and Android Auto. VW's second generation modular infotainment platform will be able to run all three systems in late 2015 when it gets released. Volkswagen says it plans to make the technology available in both Europe and the U.S.

Source: Volkswagen
You must log in or register to reply here.