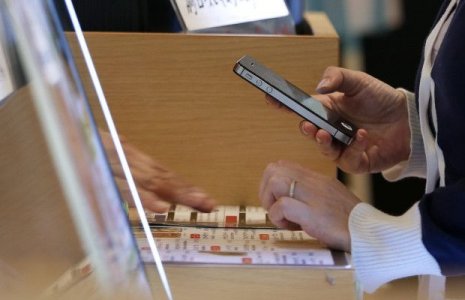 According to a recent article in the Wall Street Journal, Apple is laying the groundwork for an upcoming mobile-payments service of its own. Apple has sold well over 500 million iPhones and iPads to date, so it has hundreds of millions of credit cards on file through its iTunes stores ready to become used for the new service. Speaking on this matter, Denee Carrington, analyst at Forrester Research said that Apple has an enormous potential in this field

Apple is absolutely the sleeping giant in the payments world. They have the capability; they just havenâ€™t tied it all together. If Apple is in the game, it certainly changes the space and would make merchants think differently about who to partner with
Click to expand...

So, it seems that this could be one of the great things that Tim Cook was talking about. Besides the absolutely staggering amount of iPhone and iPad users, letâ€™s not forget that Apple is also looking to develop the iBeacon technology which can determine where you are inside a store. And if we collate to this the fact that the iPhone 5s comes with a fingerprint sensor for increased security, then it all makes sense.

It seems that App Store chief Eddy Cue has recently met with numerous payments executives to discuss Appleâ€™s interest in building a payments business for physical goods and services, according to the WSJ report. Apple can combine all these elements together to create its own mobile payments service and challenge companies like PayPal, Square, and Stripe. This new report from the WSJ confirms what analyst Timothy Arcuri was saying in a previous article that we did â€“ â€œApple is also planning software innovations which might include the new iBeacon technology and improvements for Touch ID and Passbook.â€

Whatâ€™s your take on this? Would you be interested in using such a service?

Apple Could Collaborate with Visa on Its Own Mobile Payments System

Apple Could be Interested in Buying Mobile Payments Company Square