The Binding of Isaac: Rebirth is Finally Here for iOS 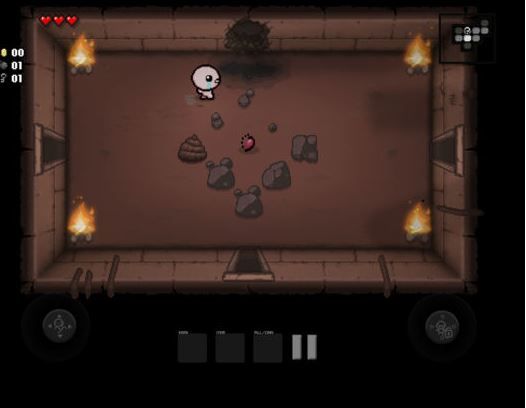 The mobile version of Edmund McMillen’s dual-stick randomly generated action-RPG Rogue-like shooter The Binding of Isaac: Rebirth has been a long time coming, and even attracted some controversy along the way, but now it has finally arrived in the App Store, writes Touch Arcade.

The game, which McMillen has previously called “the weirdest thing I ever made,” was actually rejected many times by Apple because of the violent content when publisher Nicalis first submitted it to the App Store but now it has finally been approved without any changes made whatsoever, according to a tweet by McMillen.

The game’s storyline sees Isaac trying to escape from his mother who wants to sacrifice him, and it’s up to you to help him find his way out of his basement, tackling enemies along the way, and saving bizarre treasures that imbue Isaac with superhuman abilities.

This latest version features an all-new game engine, all-new hand-drawn pixel-style artwork, and an all-new soundtrack and audio, as well as many other enhancements courtesy of McMillen himself.

Sources: iTunes, 'The Binding of Isaac: Rebirth' is Now Available on the App Store

Rejected by Apple a year ago, 'The Binding of Isaac: Rebirth' accepted into App Store with no changes
You must log in or register to reply here.