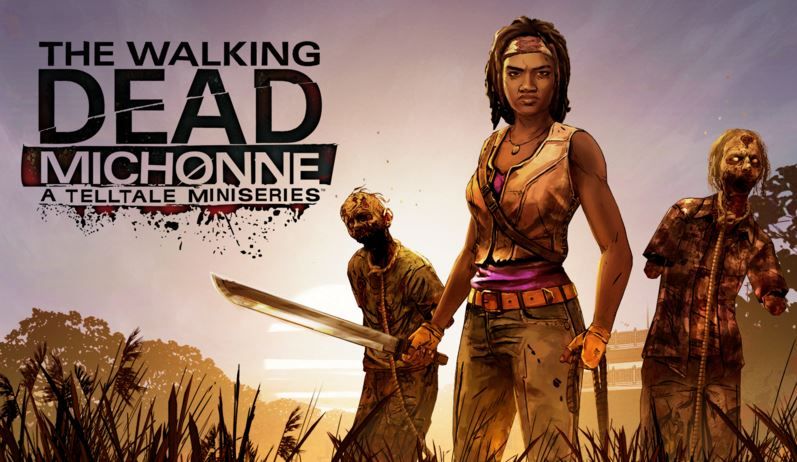 Telltale Games has announced that the first episode in its forthcoming three-episode miniseries event The Walking Dead: Michonne will be arriving on iOS (among many other platforms) on February 25.The second episode, “Give No Shelter” will follow in March, and the third and final episode, entitled “What We Deserve” will be released in April.

The premiere episode, entitled “In Too Deep,” sees the iconic comic book character Michonne joining Pete and his crew on the sailing ship The Companion as they cruise around looking for survivors and supplies. They are led to the scene of a horrific massacre by a signal for help, and then head for the floating survivors’ colony of Monroe, where the murderer is thought to be hiding out.

Award-winning actress Samira Wiley, who plays Poussey Washington in Orange is the New Black, stars as the machete-wielding Michonne, created by Robert Kirman for his best-selling comic books. The storyline covers the events between issues 126 and 139, explaining Michonne’s absence from the group.

Aside from the release date, Telltale Games also revealed that fans can view an extended preview of the first episode at Telltale Games on Sunday, February 14, at 8:30 p.m. EST/5:30 p.m. PST. The preview will be introduced by the development team.