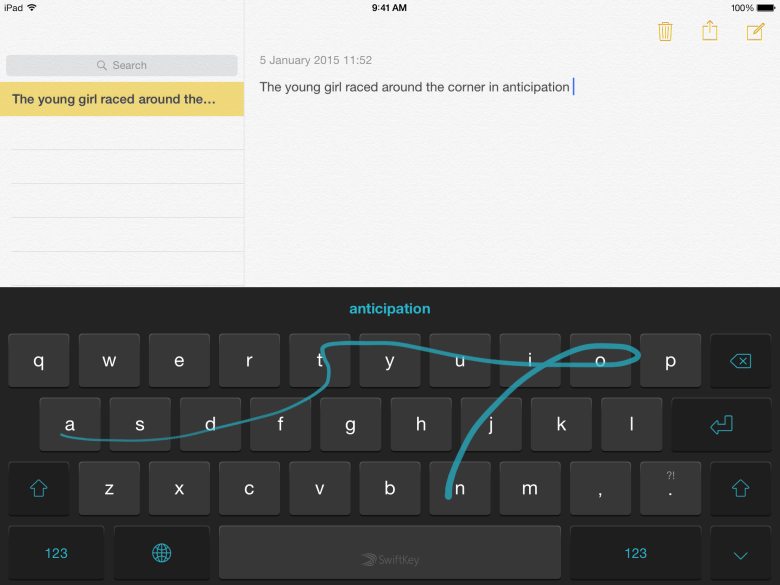 SwiftKey is an input method for Android and iOS devices which uses a blend of artificial intelligence technologies allowing it to predict the next word the user intends to type. The app also learns from previous SMS messages and output predictions based on currently input text and what it has learned. It has millions of mobile users across the world.

SwiftKey is now rolling out an update to its iOS app, bringing many new features that have been available on the Android ecosystem for quite a while now.

First of all, SwiftKey for iOS now supports more than 800 emojis, allowing users to access the smileys directly from the keyboard. SwiftKey also learns when you’re most likely to use a specific emoji based on your history and suggests it as you type.

Another big update is that iPad users can now use the SwiftKey Flow feature which significantly speeds up typing. Therefore, rather than pressing individual keys to form words, iPad users can now glide their fingers across the keyboard from letter to letter.

According to recent news, it seems that Stephen Hawking himself is using SwiftKey to type twice as fast, as the keyboard app is tailored and embedded in Hawking’s own proprietary technology.

The Hipjot Keyboard is Capable of 120 Words-per-minute Speeds