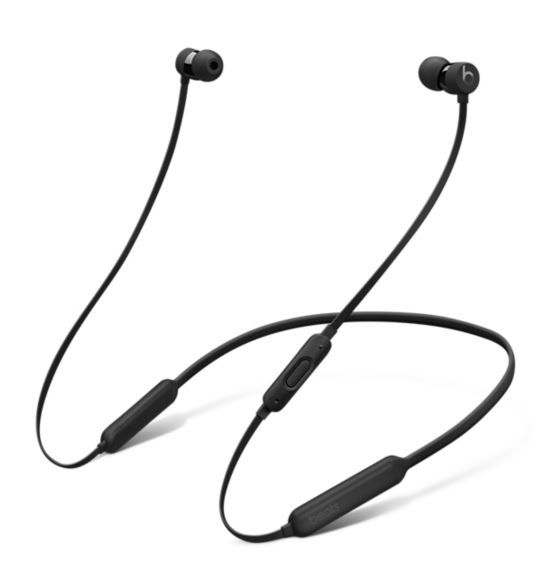 According to 9to5 Mac, it looks as though stock of BeatsX earphones is slowly arriving in Apple retail stores in the United States. Apple’s online store tracker reveals that the earphones are shown as being in stock in certain US retail stores for a very short time, before disappearing from sale again. Best Buy has also just altered its previous “out of stock” notice for BeatsX to “check stores.”

So basically, everything points to BeatsX earphones becoming available sometime this week.

The BeatsX headphones are the latest in the new range of W1 products that are arriving on the market, along with the PowerBeats3, Beats Solo3 headphones, and Apple AirPods.

BeatsX headphones were first launched last September. They were expected to be available to buy before the end of last year, but were then delayed without explanation.

Unlike AirPods, the BeatsX earbuds are tethered by a cord, so will hang down around your neck when you’re not using them. They can connect wirelessly to Bluetooth devices and, thanks to the Apple W1 chip, have one-step pairing with iPhones, and then onwards to Apple Watch, Mac, and iPad devices.

BeatsX earphones boast a full 8 hours of battery life, as well as a 5-minue Fast Fuel charge good for 2 hours of playback. At $149, they are also $10 cheaper than Apple AirPods.

Source: BeatsX earphones sporadically appearing in stock for pickup at Apple Stores ahead of launch, still unavailable to purchase
You must log in or register to reply here.