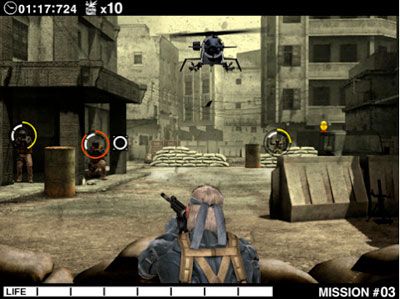 If thereâ€™s one gaming series thatâ€™s every bit the match of the iPad when it comes to innovation and style, it would have to be the Metal Gear Solid series. Those fans wondering just how good the Metal Gear Solid world would look on the iPad havenâ€™t had to wait too long to find out, as Konami has today announced that the iPad version of Metal Gear Solid Touch is now available from the Apple App Store for $7.99.

Although Meta Gear Solid Touch has previously been available for the iPhone, the iPad version now features gameplay that capitalizes on the iPadâ€™s larger screen and innovative Multi-Touch user interface.

The Metal Gear Solid Touch App for iPad is a fast-paced touch- shooting action title that uses settings and elements from the best-selling Metal Gear Solid 4: Guns of the Patriots. Users guide hero Snake by sliding their fingers across the screen to swiftly zoom in and out, target enemies, and execute rapid fire attacks with quick taps on the screen, not forgetting to take cover when necessary, of course! The app makes full use of the iPadâ€™s Multi-Touch user interface and intuitive controls to offer a different type of MGS gaming experience. Hereâ€™s Joe Morris, Konamiâ€™s Vice President of Mobile Content and Social Networking talking about the game:

â€œAs a trailblazer in digital content development, Konami prides itself on providing consumers with the best in interactive entertainment. Proven Konami franchises like Metal Gear Solid are sure to thrill iPad users.â
Click to expand... 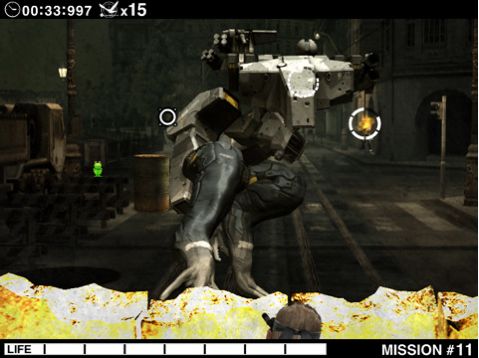