Sixty-Seven New Emoji are Under Consideration for Unicode 11 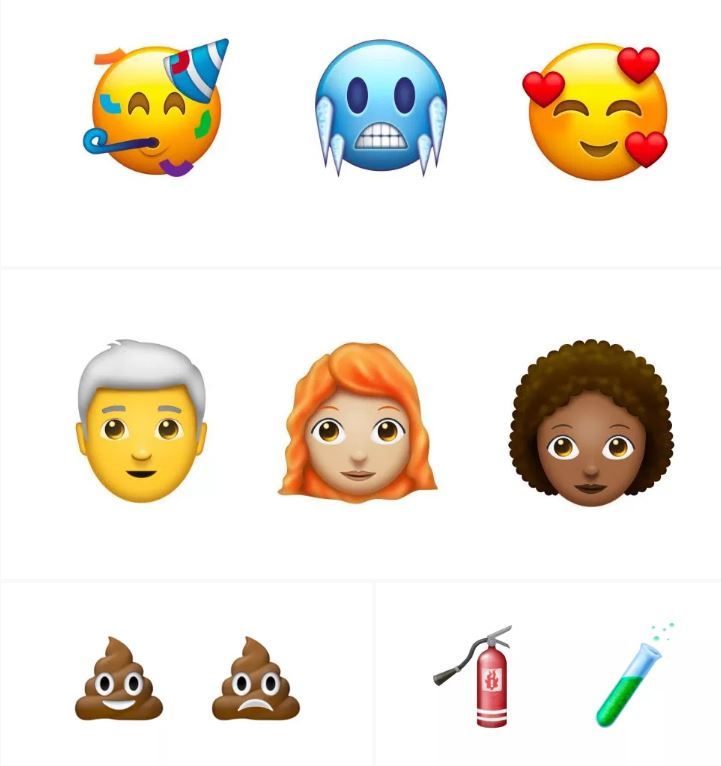 9to5 Mac reports that the Unicode Consortium has published 67 new emoji that it is currently considering for inclusion in Unicode 11, which will be released next year. The new emoji are currently still at draft stage, so they could still be altered or cut prior to the public release.

Apple has yet to implement Unicode 10, which will happen with the release of iOS 11, so is quite some way behind the cavalcade of current emojis, with the Unicode Consortium now focusing its efforts on Unicode 11.

Among the many new emoji that are under consideration for Unicode 11 are a fire extinguisher, kangaroo, hippopotamus, firecracker, skateboard, brick wall, sliced bagel, toilet roll, and the notorious poo emoji with different facial expressions, such as the delightfully descriptive “Frowning Pile of Poo.”

Last month Apple heralded “World Emoji Day,” announcing some of the new emoji from Unicode 10 that would be arriving with iOS 11 later in the year, and proclaiming, “the new emoji make it easier for users to express themselves with greater diversity.”

Source: Here are 67 new emoji that could come to iOS next year [Gallery]
You must log in or register to reply here.