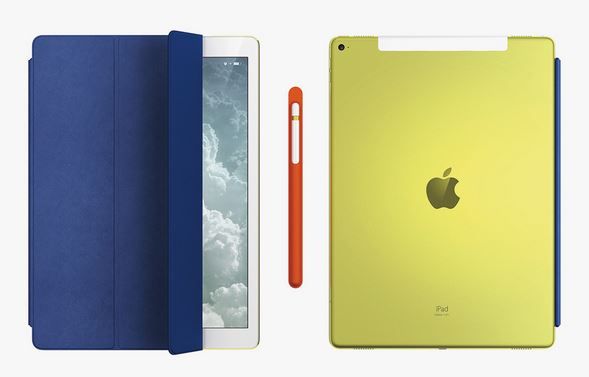 Wallpaper* reports that Apple’s Sir Jony Ive has designed a unique iPad that he has donated to the Design Museum in London to be auctioned off at their forthcoming Time For Design auction in Berkeley Square.

The auction is being held in partnership with Phillips to raise money for the Design Museum’s move to its striking new headquarters in Kensington. The Museum has received many donations of items to auction including a Gretsch “Irish Falcon” guitar from U2’s Bono.

Sir Jony Ive won the Design Museum’s inaugural Designer of the Year award in 2003 for the iMac, and also once showed a prototype of a mobile phone at the Museum in 1990, a long time before the iPhone!

Ive has created a range of iPad accessories for the auction, all of which are single editions, designed exclusively for the event. They include a custom-anodised iPad Pro housing; a blue, suede-lined Smart Cover made from French leather; and an orange Apple Pencil cover made of fine-grain Italian calf leather. The iPad Pro housing and interior of the Smart Cover have “Edition 1 of 1” etched on them.