Rumour: Apple Could be Working on Distance Wireless Charging 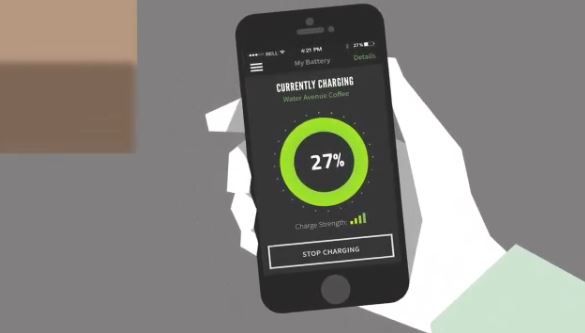 BGR writes today that it has unearthed evidence that strongly points to the fact that Apple is working on distance charging. Back in February, BGR wrote that Apple was working with a small startup company called Energous, which had unveiled its “WattUp” distance wireless smartphone charging technology at CES back in January 2015.

The two-part WattUp system enables you to wirelessly charge pretty much any device that is fitted with a tiny Energous receiver chip from up to 15 feet away. So, basically, your iPhone or iPad would never have to be tethered to a charging cable ever again. BGR wrote back in February that the chip is so small it would easily fit into smartphones, and even smartwatches, without adding extra thickness.

So where does Apple come into all this? Well, according to BGR’s Zach Epstein, who has been writing about Apple’s links with Energous for over a year, more evidence has now surfaced to link Energous and Apple. Epstein says that just before Energous’ third-quarter earnings report yesterday, the company announced that it had accepted a $10 million strategic investment from Dialog Semiconductor, a power management solutions company. Dialog Semi’s biggest customer just happens to be Apple. This comes after Energous also took investment from Pegatron, another of Apple’s key partners, earlier in the year. And, as Epstein notes, Energous has also frequently mentioned during its earnings calls that it is working with a “tier 1” smartphone manufacturer, which is looking less and less likely to be Samsung, and more and more likely to be Apple.

Of course this is all simply speculation at this point, with no confirmation from Apple or Energous, but it certainly sounds like a technology that Apple would be likely to work on developing. Epstein also says that even if Apple and Energous are working together on distance wireless charging, it’s not likely to be available for next year’s iPhone 8, but sometime after that.

Sources: Evidence suggests Apple is working on the biggest mobile game-changer since the original iPhone

Apple’s upcoming iPhones might change the game more than you can even imagine
You must log in or register to reply here.

M
Apple to Introduce Wireless Charging for iPhone and iPad in 2017?