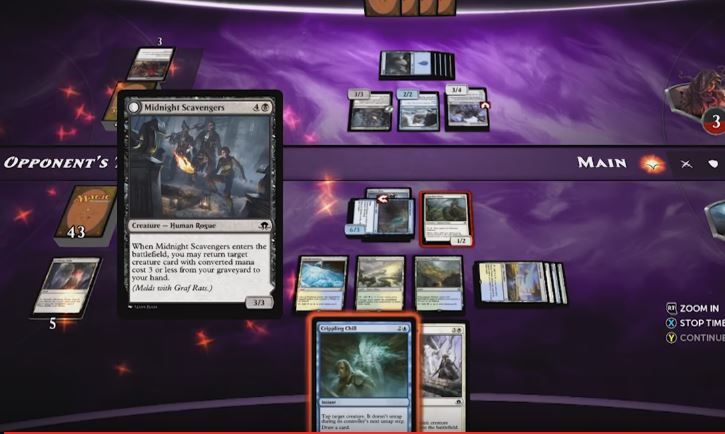 Hasbro has unveiled a new Magic Duels Developer Insights video all about the forthcoming new Eldritch Moon update, as well as revealing that Eldritch Moon will be coming to iOS, as well as Xbox One, and PC, on July 20, just prior to the July 22 release date of the Eldritch Moon set. The release has 126 new cards, one new archetype deck, and a brand new story campaign.

The video features Wizards of the Coast community manager Chris Peeler, lead Magic Duels game designer Drew Nolosco, and Mel Li from the story team giving their insights into Eldritch Moon, including the two card swaps, with Archangel of Tithes being swapped out for Angelic Destiny and Sylvan Ranger being replaced with Ainok Guide.

As well as all the many new goodies on offer, the July 20 update will also include many, many bug fixes, including lots of card bug fixes.

Hasbro also announced that from now until July 18 booster packs of Magic Origins will be discounted by 33% to 100 coins each.

M
Duels of the Planeswalkers Gets Release Date for iPad

Apple Pay to Get Launched Along With iOS 8.1 on October 20, Says New Report