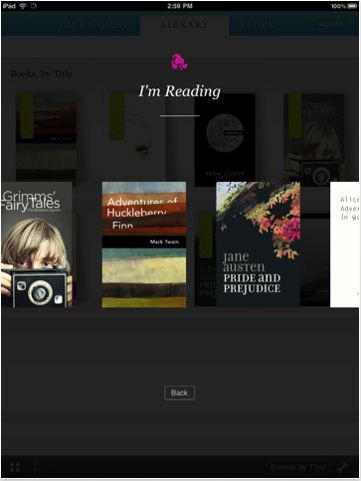 EReading service Kobo has announced the availability of its popular iPad app in all markets where iPad is available, as well as releasing regional versions for Canada, UK and Australia, and announcing that a New Zealand version is coming soon. The regionalized apps, built specifically for the iPad, feature local content, merchandising, and currency. All Kobo iPad apps come pre-loaded with five free eBooks, with the app itself being free to download. The apps connect to the Kobo eBook store, which features over two million titles, including current best-sellers, classics, and thousands of free titles.

Kobeâ€™s iPad app was developed specifically for the iPadâ€™s larger screen. Users can personalise the app by creating a custom bookshelf, choosing their ideal font and font size, selecting unique bookmarks and more. Existing Kobo users will be able to read all the books they already own, which will be downloaded automatically when they log into their Kobo account from the Kobo iPad app. '
Koboâ€™s open approach enables you to read Koboâ€™s content on any device of your choosing, as Kobo believes that you should have freedom of choice, and the ability to build your eBook libraries independent of any device or service.

Good news..... I hope the full library of books is available to everyone, geo restrictions suck....
You must log in or register to reply here.