iPhone and iPad are still killing the competition this morning!

iPhone and iPad are killing the competition this weekend

SEE FOLLOW UP POST FOR HOT NEWS!
Apple may blow out a half million to a million devices this weekend!

If you are scanning the news check out some fascinating Apple related stories that is sure to give those who make competing devices ulcers.

Apple this week reported a 78 percent jump in profit in the three months ended June 26 to $3.25 billion, beating analystsâ€™ estimates, as customers flocked to the iPad tablet computer and the latest version of the iPhone. Sales surged 61 percent.


AT&T picked up about a million new customers from other carriers with the iPhone in the 2Q. AT&T activated 3.2 million iPhones in 2Q.

...2 million iPhones last quarter, a record for the company. Approximately 27 percent of those activations were for customers who were new to AT&T, the company added in the statement. Last Monday, Apple reported earnings for the quarter, obliterating all estimates. The company said it sold 8.4 million iPhones

No one it seems is concerned about the so called 'AntennaGate' which has been manufactured by various bloggers intent on derailing iPhone4 sales.
Apple can not keep up with demand.

...cases to iPhone 4 owners on July 16, Wall Street breathed a sigh of relief. There would be no recall of the more than 3 million reception-challenged devices that had been sold since the iPhone 4â€™s debut on June 24.

The World Still Believes in Steve

...off the iPhone 4's antenna problems as Apple rolls to record profits

Meanwhile Android is getting its ass kicked by their own users.

Droid X not only is dealing with defective screens and a security issue but users are now reporting mysterious problems with flaky wifi in the new flagship phone for Verizon.


Some other Android users are disturbed by a new Android development that bloatware which can not be removed is now appearing on new Android handsets.
Bloatware is also known as crapware and is there in an attempt to make even more money off the poor mobile user tied to a contract.

...s iPhone. Motorolaâ€™s Droid phone ships with just the core applications. Google and T-Mobile resisted the bloatware impulse with the Nexus One. So, why does bloatware suddenly seem to be multiplying on some Android devices? Androidâ€™s popularity means every few weeks a new device running the operating system hits the market. Wireless carriers and ...

Good reads still love android just hate manufactures that cripple it, let google handle the android os ui people. Everyone else does a horrible job except htc with there sense ui it's not that bad. I wish every android phone was like my nexus one!

Do you think they will ever surpass the demand on the iPad and iPhone? This reminds me of when the wii first came out, the hardest thing to come by for like it's first year. By next years iPad how many do you think will have been sold?
OP
4 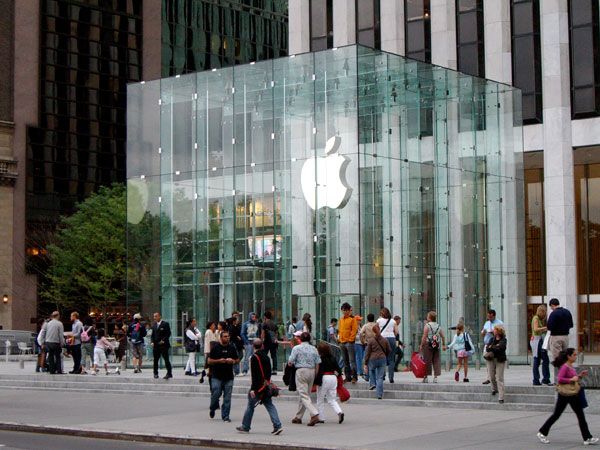 One of our Apple sources has been communicating some internal Apple information to us, and from what weâ€™ve been told, this weekend could be big. Currently, if you go to an Apple retail store and canâ€™t find an iPad or iPhone 4, Apple will offer the ability to reserve one for you. These are â€œPriority Listsâ€ and contain your name and information in addition to the specific device and configuration you want. These lists allow Apple to determine how to manage their channel inventory or possibly ramp up on production. Hereâ€™s the big news weâ€™ve been toldâ€¦ Apple is apparently incredibly interested in clearing out these waiting lists, and if our tipster is correct, theyâ€™re aiming to do it by this weekend. We have been told that stores have lists that could be anywhere from 500 to 1500 or more customers waiting for iPhones, and anywhere from 250 to 750 customers waiting for iPads. Apparently all Apple stores have asked employees for an â€œall hands on deckâ€ approach this weekend, somewhat similar to that of Apple product launch days. We have even been informed that Apple stores might open early on Sunday to accommodate extra traffic. Lastly, our source let us know that clearing out these lists could result in the sale of up to an additional 500,000 to 1,000,000 iOS devices in just a few short days.
Thanks, Lindsey S.!
H