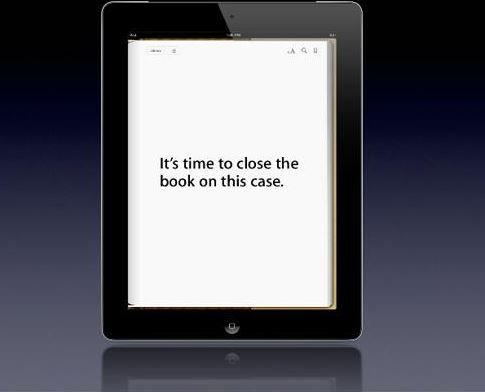 AppleInsider reports that customers who were affected by the iBooks price-fixing case will start receiving their compensation payments from today, according to a press release from the law firm that is acting for the plaintiffs, Hagens Berman. The total payment of $400 million comprises store credit or checks for up to $6.83 for each e-book.

In accordance with the terms of the settlement, those affected by the case are entitled to payouts of twice the losses that they incurred, which is roughly $1.57 for each e-book and up to $6.93 for each New York Times bestseller. Titles that were purchased from Hachette Book Group, HarperCollins Publishers, Macmillan (Holtzbrinck Publishers), Penguin Group and Simon & Schuster between April 1 2010 and May 21 2012 all qualify for a payment as part of the settlement.

Payments to customers who purchased digital books from Amazon, Barnes & Noble, Kobo, and Apple should be sent automatically to the relevant store accounts, although some respondents might get their checks in the mail instead.

Source: Apple customers to receive $400M iBooks settlement payments on Tuesday
You must log in or register to reply here.