Could the iPad be an Insomniacâ€™s Nightmare? 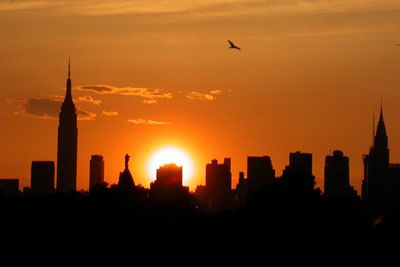 CNN has a fascinating report today about the effects that the iPad may be having on your sleeping patterns if you like taking it to bed with you at night. Apparently the strong glow from devices such as the iPad might be fooling your brain into thinking that it’s still daytime, disturbing your sleep patterns and exacerbating insomnia. That’s the theory, anyway.
“That light can be sufficiently stimulating to the brain to make it more awake and delay your ability to sleep,” neuroscience professor Phyllis Zee told CNN, adding, “And I think, more importantly, it could also be sufficient to affect your circadian rhythm. This is the clock in your brain that determines when you sleep and when you wake up.”

The report mentions using your iPad to read in bed in particular, with the iPad possibly being more likely to disrupt your sleep pattern than a TV or a bedside lamp, as the iPad is much closer and shining its light directly into your eye when you focus on it.

However, the article goes on to state that there are many other factors that determine how sensitive a person is to artificial light at night-time. A farmer who works in sunlight all day long, for example, would be less likely to be susceptible than an office worker who is exposed to much dimmer light throughout the day.

The CNN article is at pains to point out that there has been no specific research done in this field on the iPad or on laptaps to date, and it also notes that several iPad owners contacted by CNN had told them that they enjoyed using the iPad to read in bed and had felt no detrimental effects to their sleep patterns whatsoever.
Apple, as usual, had no comment to make on the story!

They're just running out of stories now....another bs.
K

Well.. Melatonin (the sleep hormone) is released in response to darkness.. Which has been the trigger for sleeping for 99% of human existence. Humans are "designed" (but of course not actually designed) to be awake during the day and sleep at night.

I think there is science behind it.. But it probably doesn't do much more than having your light turned on before bed. Turn the brightness down if reading before sleep. I think they even make glasses that only let in a certain light for before bed - not the ones that affect melatonin production

They really are running out of stories..... This "news" article gives a hypothesis, then states there is no evidence to back it up. Then gives non scientific testimony from "callers" that also speaks against the hypothesis.

That formula will give you an endless supply of meaningless "news"...

And Keybo... Some people do believe we are "designed", and it is fine to believe that.

i worked night shift for years and would go into a total blacked out room and sleep fine intill about 1 or 2 .pm in the afternoon when i get to go to the bathroom and then i would have a problem getting back to sleep for about 20 mins or so time frame that my body would have to readust to the darkness again and then i sleeped to 5.pm and get up and get ready for work and leave around 8.pm for work at 9.pm time frame ...i get off work around 5.am and was in bed by 9.am in the morning ..
K

The connection between light and melatonin is one that is studied quite thoroughly. Yes, there is not one that that studies ipads. But sometimes in science, results need to be generalized. The ipad is a bright light source (remember, light has been studied and shown to inhibit melatonin production!) so there's no reason to think it wouldn't. But the debate has bren going on for ages. If you normally use a computer before night with no trouble, then don't expect the iPod to suddenly make you an insomniac.
K

I haven't had any issues, and I take my iPad to bed every night ('cause I usually charge it over night). The screen is very bright, but then I started using the iBook app for last and this can be dimmed to a level, where you easily fall asleep.....
G

I always have mine at the dimmest setting, but I know it gets really really bright.

So CNN, a 60 watt bedside reading lamp is ok?

I giggle when reports play scientists on TV.

Wait wait wait! This is great. The dude disconnected the light bulb INSIDE his refrigerator!

There might be something to this but nobody knows until some testing has been performed.
E

Robertt said:
There might be something to this but nobody knows until some testing has been performed.
Click to expand...

I suspect there is something to it, but the same could be said of any light source, not just the iPad; the story about this product simply because it's a hot topic in the media right now.
E

I don't buy it....they are just grasping at straws to write about.

So that is why I am not sleeping anise I got this thing. I thought I was addicted to the darn thing!
You must log in or register to reply here.

Reading Books on iPads in the Evening may Disturb Sleep Patterns