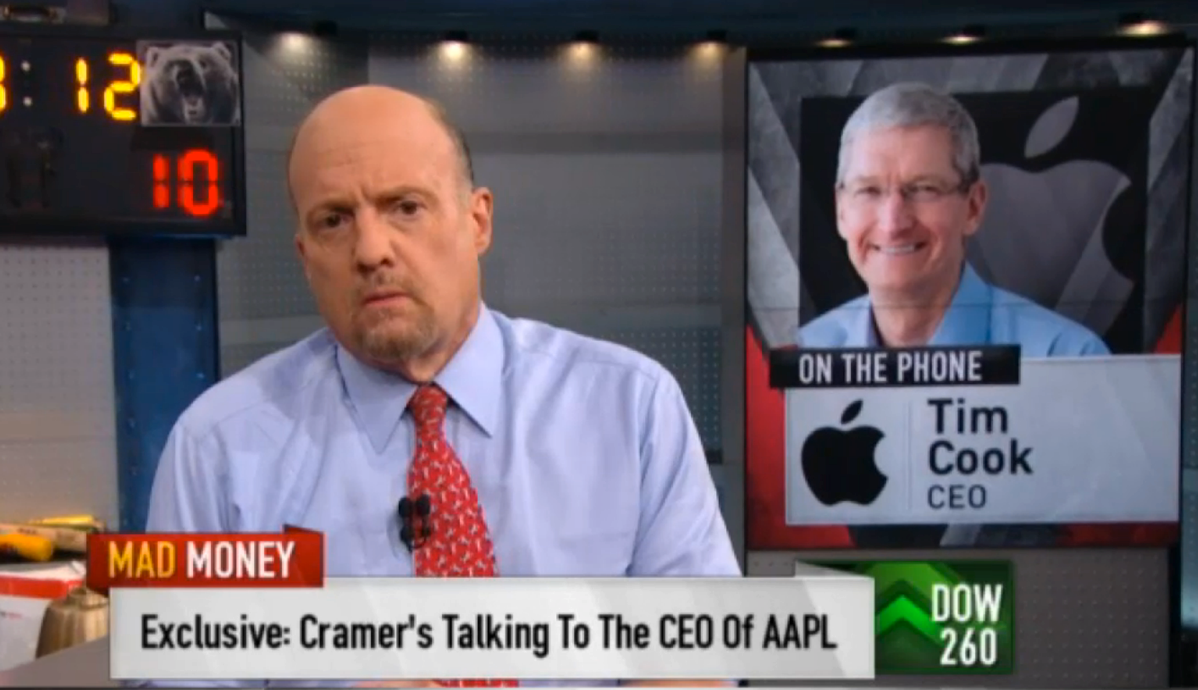 Apple CEO Tim Cook has sent an email to Jim Cramer at CNBC with a rare mid-quarter comment on the company’s business, trying to address investors' concerns about Apple’s performance in China. Apple's CEO mentioned that sales remain strong through July and August.

The stock market is currently experiencing turbulence, with $AAPL stock dipping below $100 in pre-market trading. Over the past two months investors have become very worried about the severe downturn in China’s stock market and what it could mean for Apple’s business, so it seems that Apple's boss felt the need to reassure everybody that everything was looking good in terms of sales.

Cook wrote the following in the email he sent out to CNBC:

"As you know we don’t give mid-quarter updates and we rarely comment on moves in Apple stock. But I know your question is on the mind of many investors. Growth in iPhone activations has actually accelerated over the past few weeks, and we have had the best performance of the year for the App Store in China during the last 2 weeks."

Tim Cook further says that their performance so far this quarter is ‘reassuring’ and he believes that China is an unprecedented opportunity over the long term, mainly fueled the growth of the middle class in the country.

Source: Forbes
You must log in or register to reply here.

Here's Why Tim Cook is Still Optimistic About the iPad, Despite Decline in Sales