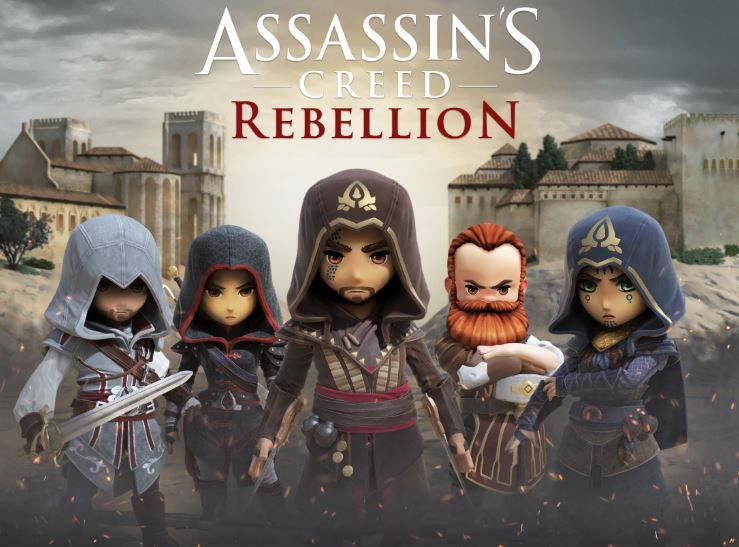 Developed by Ubisoft and Behaviour Interactive studio, the free-to-play strategy role-playing game sees the series storyline return to the 15th century in Spain at the height of the Spanish Inquisition.

The game has a new art style for the series, depicting familiar faces in a new light, all the while keeping faith with the original AC spirit.

Gameplay sees the player building their own Assassin Brotherhood, managing a fortress, and undertaking covert missions against the Templars. You can expand your Brotherhood HQ by adding on new rooms where you can train new Assassins and craft new materials.

From your base of operations you can also lead teams of three Assassins into infiltration missions, with different characters more suited to different types of mission, depending on their particular skillset.

With a roster of 40 Assassins players can recruit some Assassins from the past, including Ezio, Aguilar, Shao Jun, Claudia, and Machiavelli, as well as 20 new characters to unlock that have been created exclusively for the game. Playing with these and other famous Assassins is made possible by a new version of the Animus that merges the memories of more than one Assassin together.

No release date as yet, but Ubisoft says it is “coming soon.”