Apple to Update its Emoji Character Set for More Diversity 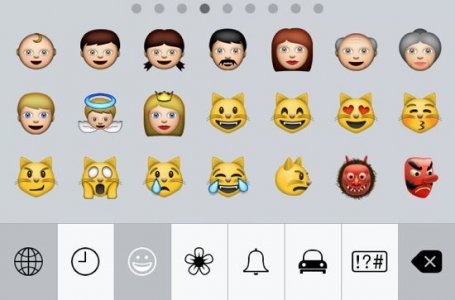 It seems that there are many out there who consider that the current emoji character set is racist or just lacking in multicultural options, as it includes only caucasian icons. The MTV Act has contacted Apple and asked whether there will be something done in this direction. Appleâ€™s vice president of worldwide corporate communications, Katie Cotton, said that the company is working with the Unicode Consortium to add more characters to its emoji offerings:

Tim forwarded your email to me. We agree with you. Our emoji characters are based on the Unicode standard, which is necessary for them to be displayed properly across many platforms. There needs to be more diversity in the emoji character set, and we have been working closely with the Unicode Consortium in an effort to update the standard.
Click to expand...

Apple's library of emojis covers a pretty wide range of characters, and it carries icons of young and old people, Asian and Muslim, gay and straight, but it seems that African-American users havenâ€™t been depicted yet. What do you think about this - should Apple expand its current emoji character set or thereâ€™s just too much fuss over such a minor detail?

Too much fuss? Yeah, I'd think so but it's the way of the world now. Next, they'll have to implement emoticons for sexual preference, religious beliefs, and everything else. My goodness.....

I never use emojies.

But when kids see these kinds of emojies it could be a bad influence for them.
You must log in or register to reply here.

M
Sixty-Seven New Emoji are Under Consideration for Unicode 11