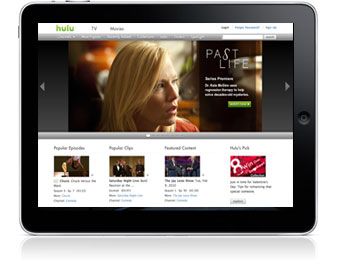 A report released Friday by the Wall Street Journal indicates that Apple is scrambling to secure last minute content deals just weeks before the iPad release. Most of the negotiations seem to center around the price drop for TV shows to 99 cents from $1.99-$2.99 current pricing.

It has put on hold its idea to offer TV subscriptions that would be viewable through the iPad, because few media companies were interested. Instead, Apple is discussing dropping the price of TV shows to 99 cents from the $1.99 and $2.99 charged for most shows on its iTunes store, said people familiar with the situation.

Apple hasn't yet reached a deal with many major TV producers on the price cut, these people said. Some are concerned a price cut could hurt their existing businesses, these people said, including jeopardizing the tens of billions of dollars in subscription fees they are paid by cable and satellite companies for their traditional TV networks.
Click to expand...

{Source: WSJ}
You must log in or register to reply here.

Apple confirms PrimeSense acquisition, in a deal rumored to be worth $360M

Apple is Supposedly Frustrated it Can't Break Into the TV Business

Apple getting closer to strike deal with Time Warner Cable