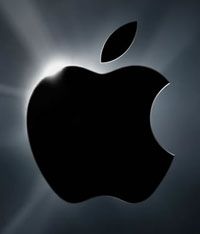 Apple has this issued a press release announcing that iPad sales have exceeded two million in under 60 days, since its launch on April 3rd. Apple began shipping the iPad in Australia, Canada, France, Germany, Italy, Japan, Spain, Switzerland and the UK this past weekend, and it will be available in nine more countries in July and additional countries later in the year.

â€œCustomers around the world are experiencing the magic of iPad, and seem to be loving it as much as we do,â€ said Steve Jobs, Appleâ€™s CEO. â€œWe appreciate their patience, and are working hard to build enough iPads for everyone.â€

Apple also revealed that developers have created over 5,000 new apps for the iPad, as well as reminding us all that your iPad will run almost all of the more than 200, 000 apps available on the App Store, including apps already purchased for your iPhone or iPod touch.

By Maura Sutton iPadForums.net
Source: Apple
You must log in or register to reply here.