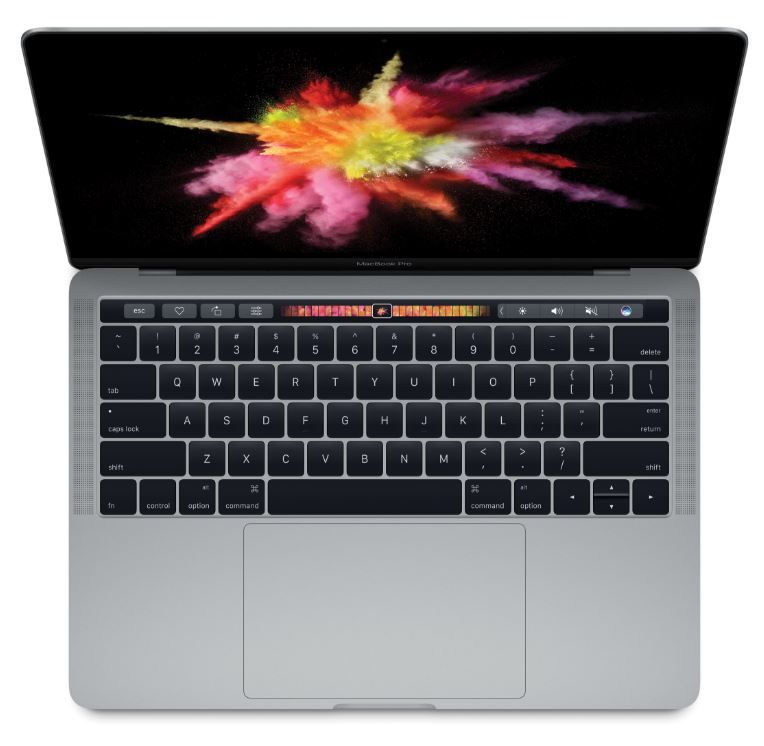 The stars of the show at Apple’s special event today in California was its new thinnest and lightest ever MacBook Pro laptops. Aside from being unbelievably slim and light, the new laptops also have a new touch interface to replace the traditional function keys, which, as Phil Schiller, senior vice president of Worldwide Marketing, said onstage, no one uses anymore anyway!

The new Retina-quality Multi-Touch display is called the Touch Bar, and it adapts depending on how you use the system, and depending on what apps you are using.

For example, in Safari the Touch Bar will show Tabs and Favourites; in Messages it will offer you easy access to those all important emojis; and in Photos it will make it easier for you to edit images or scrub through videos.

“This week marks the 25th anniversary of Apple’s first notebook; through the years each generation has introduced new innovations and capabilities, and it’s fitting that this all-new generation of MacBook Pro is the biggest leap forward yet,” said Schiller. “With the groundbreaking new Touch Bar, the convenience of Touch ID, the best Mac display ever, powerful performance, improved audio, blazing fast storage and Thunderbolt 3 connectivity in our thinnest and lightest pro notebook yet, the new MacBook Pro is the most advanced notebook ever made.”
Click to expand...

Apple also revealed during the presentation today that the new MacBook Pros will have Touch ID integrated into the power button, which works in exactly the same way as it does on iPhone and iPad. Apple also showed on stage how quickly you can switch from one account user to the next with just a touch of the finger.

On to the .88 mm Retina display now, which boasts 500 nits of brightness, making it 67% brighter than previously, with 67% more contrast. It is also the first MacBook to support a wide colour gamut. Various power-saving technologies mean that it consumes 30% less energy than previously.

And last but not least, onto the power of the machine, with options including sixth-generation dual-core Core i5 processors with e-DRAM, as well as dual-core Core i7 processors, also with eDRAM, and quad-core Core i7 Intel processors. The Intel Iris graphics in the 13-inch MacBook Pro are up to two times faster than previously, while the Radeon Pro discrete graphics in the 15-inch model give up to 2.3 times more performance than the previous generation. All models have SSDs with sequential read speeds that top 3GBps, as well as Thunderbolt 3, which incorporates data transfer, charging, and twice the video bandwidth all in a single port.

Here are those all-important pricing and availability details:

• The 13-inch MacBook Pro with the revolutionary Touch Bar and Touch ID starts at $1,799 (US), and features a 2.9 GHz dual-core Intel Core i5 processor with Turbo Boost speeds up to 3.3 GHz, 8GB of memory and 256GB of flash storage, and ships in two to three weeks.

• The 15-inch MacBook Pro starts at $2,399 (US), features the revolutionary Touch Bar and Touch ID, a 2.6 GHz quad-core Intel Core i7 processor with Turbo Boost speeds up to 3.5 GHz, 16GB of memory and 256GB of flash storage, and ships in two to three weeks.
Click to expand...

No two ways about this: the new MacBook Pro is the fastest laptop we've ever tested.