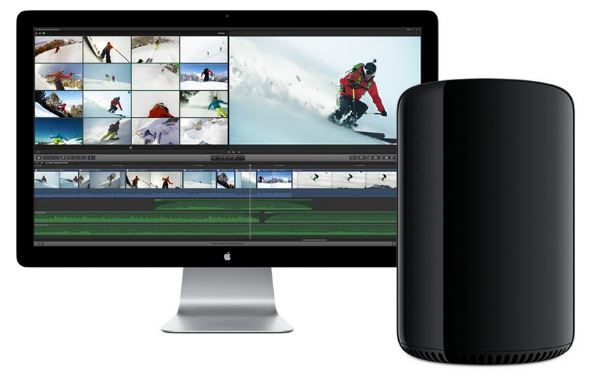 Apple has today unveiled its new Mac Pro lineup, complete with pricing adjustments, writes MacRumors. This represents the first time that the Mac Pro has been updated in 3 years. Aside from launching the new Mac Pros today, Apple also said that it is currently working on a “completely rethought” Mac Pro, complete with Apple pro displays, that will be launched sometime after 2017.

“With regards to the Mac Pro, we are in the process of what we call ‘completely rethinking the Mac Pro,” Apple marketing chief Phil Schiller told Daring Fireball. “We’re working on it. We have a team working hard on it right now, and we want to architect it so that we can keep it fresh with regular improvements, and we’re committed to making it our highest-end, high-throughput desktop system, designed for our demanding pro customers.”

As far as the newly announced changes are concerned, which basically just involved pricing and spec restructuring, the $3,999 model is now the $2,999 entry-level model, and what was the built-to-order 8-core model with dual D700 GPUs is now the high-end $3,999 model. Both come equipped with 256GB PCIe-based flash storage, four USB 3.0 ports, six Thunderbolt 2 ports, and dual Gigabit Ethernet ports.

The models are all now available on the Apple Store, with the exception of the 8-core model.