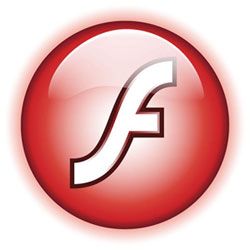 After Apple CEO Steve Jobsâ€™ recent â€œThoughts on Flashâ€ blog post which comprehensively detailed all the reasons why Apple eschews Flash for its mobile devices, Adobe CTO Kevin Lynch has posted something of a rebuttal on Adobe.com. Given the length and detail in Jobsâ€™ post, however, itâ€™s noticeable how short Lynchâ€™s post is, and how he seems to totally ignore the fine detail in Jobsâ€™ post. While acknowledging that many people feel very passionately about both Apple and Adobe and their technologies, and stating that even now Adobe still feels that Flash could provide a â€œterrific experienceâ€ on the iPhone, iPad and iPod touch, Lynch says that the main bone of contention as far as Adobe is concerned is Apple â€œchoosing to block Adobeâ€™s widely used runtimes as well as a variety of technologies from other providers.â€

Lynch goes on to say that, due to the legal terms Apple has imposed on developers, Adobe had already decided to move away from developing for Appleâ€™s mobile devices and concentrate fully on bringing Flash Player and AIR to Google, RIM, Palm (soon to be HP), Microsoft, Nokia and others. Lynch concludes his post by announcing that Flash Player 10.1 for Android smartphones is set to be publicly previewed at Google I/O in May, before getting a general release in June, after which he hopes â€œan ever increasing number and variety of powerful, Flash-enabled devices will be arriving which we hope will provide a great landscape of choice.â€

Notwithstanding all of that, I still miss being able to view flash sites on my iPad! I think it will be a long time before (and if) all the web developers dump flash for HTML5.

The relationship between Apple and Adobe is like a divorced married couple. Apple worked with Adobe to develop Postscript. Apple invested $2.5M to bu Adobe stock. Adobe responds by developing great products for Mac graphics users. Then Adobe sticks it to Apple and Microsoft on Postscript pricing. Apple and MS develop Truetype fonts. Adobe gets furious, but lowers Postscript prices. Apple hits a rough patch and Adobe announces they will drop Mac support. Apple develops their own replacement programs, some even better than the Adobe products. And so it goes on.
K

Even if the iPad is capable enough to play flash content, the iPhone is not.
Flash was not recommended by web designers for years, because the content is not searchable, eats up a lot of bandwith, processor power etc.

Why the heck, people make a lot of fuzz about flash support now?
F

Much of what I've seen on the web in Flash has been ads anyway. Haven't missed it on the iPad yet.
I

WIll be glad to see HTML5 make a grand entrance very soon after the new OS is in play. I believe most of the doubting thomas' will finally relent and say the iPad is now worthy of their praise...I say whatever. The iPad was ahead of it's time to begin with.

Personally, I hate having popups appear out of nowhere when I least expect it. I always choose what I do in a page, I don't like that Flash routines pick for me.

I don't mind at all not having Flash, I'm used to it since I mostly surf on an old Linux device that doesn't support it.

Don't miss Flash at all.
T

​
Adobe CTO Kevin Lynch says Flash works just fine on the Apple iPhone, thank you very much -- and he thinks that's exactly why Apple keeps on denying it access. Speaking at the Web 2.0 Expo in San Francisco, he explained his belief that by eliminating Flash, Cupertino is forcing developers to build apps natively for iPhone OS rather than one of Adobe's cross-platform solutions, and thus creating a "walled garden" of applications that users must flock to an iDevice to be able to use. Lynch compared Apple's control over development formats to 19th century railroad lines that competed for customers by using differently sized rails, and pledged that Adobe would not be part of such a competition. "It's not HTML vs. Flash -- they've been co-existing for over a decade," he said, adding, "We're going to try and make the best tools in the world for HTML5." So, what do you think about that, Steve?
Click to expand...

Personally, I wish there was flash support, as I watch many videos on sites that require flash.
A

Adobe flash is one of the problem of iPad. I do not know why Steve Jobbs did not put adobe flash on his masterpiece.
I

Yeah apple just need to get out of there high horse and stop trying to build a monopoly!
E

HTML5 is becoming more and more popular, and some browsers support it, but Adobe Flash Player remains the web standard if you want computer-like browsing experience. The Nokia N900 has it and the Mozilla-based Maemo browser is probably the best mobile browser in the world. Users WILL to read newspapers on the iPad and I'm sure they'll also want to watch some YouTube videos, but iPad can't support it. So disappoint!!! I wish iPad will support flash!!! Adobe should support iPad and apple fans
T

emilyjane918 said:
HTML5 is becoming more and more popular, and some browsers support it, but Adobe Flash Player remains the web standard if you want computer-like browsing experience. The Nokia N900 has it and the Mozilla-based Maemo browser is probably the best mobile browser in the world. Users WILL to read newspapers on the iPad and I'm sure they'll also want to watch some YouTube videos, but iPad can't support it. So disappoint!!! I wish iPad will support flash!!! Adobe should support iPad and apple fans
Click to expand...

The iPad has a Youtube APP and it is also integrated in the OS so it can be used when a web browser calls on it. So yes, flash it not supported but YouTube is.

Can't we all just get along?......
You must log in or register to reply here.