By Uzair | April 19th, 2010
Hereâ€™s a complete guide which will let you start blogging from your iPad in no time. Includes all the essential apps needed, everything from A to Z which you need to know. Letâ€™s begin!
In one of our previous post, we told you about some of the must-have iPhone apps for bloggers, this time weâ€™ll be going through a list of apps needed which would get you blogging from your iPad in no time. 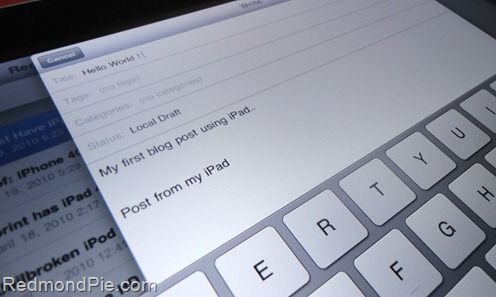 WordPress â€“ The official WordPress App for iPad is even better than ever now! Itâ€™s fully optimized to take advantage of iPadâ€™s huge screen. Writing drafts, moderating comments and publishing your posts on-the-go is now a breeze. A must have app for any blogger who uses WordPress platform, and best of all itâ€™s free! 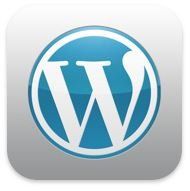 Download WordPress for iPad
Instapaper Pro â€“ A very handy app which allows you to save any webpage which you can later view offline for your own references. You definitely need this one if you want to save pages for future references for your upcoming post, for a price of $4.99, itâ€™s worth having. 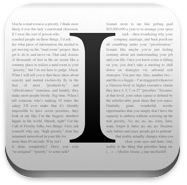 Download Instapaper Pro for iPad
Things for iPad â€“ Probably and no doubt the best Task Manager for the iPhone is now here for the iPad. It is so simple to use and creating tasks is so much more easier than before. Though it has a high price tag of $19.99, but still itâ€™s worth having. It helps you plan out your tasks in a very simplified way, what to do and what has already been done is just a tap away. 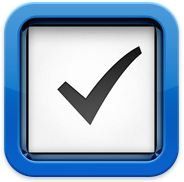 Download Things for iPad
TweetDeck for iPad â€“ One of the best Twitter client for Windows/Mac/iPhone has now arrived on the iPad. You surely need TweetDeck to follow the trends around you and keep track of whatâ€™s going on. Blogging without Twitter and TweetDeck is a no go! Itâ€™s free for the iPad. 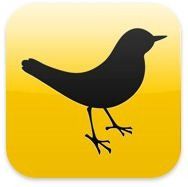 Download TweetDeck for iPad
Evernote for iPad â€“ This is a rather fun app to have and itâ€™s also very handy as well, it lets you take down visual and audio notes anywhere and anytime! You can make any type of note, including text, a snapshot of your screen, pictures from your Camera Roll and even your own voice. Itâ€™s free for the iPad. 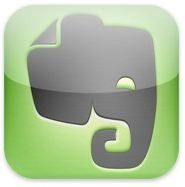 Download Evernote for iPad
SimpleSense â€“ This simple and handy app lets you sign-in to your Google AdSense account and display all your stats from it. Perfect app to track your revenue being generated. This app is for the iPhone but it works on the iPad as well, and itâ€™s free. 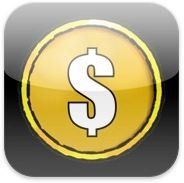 Download SimpleSense
Dropbox â€“ It lets you share all your files across other users and computers online, therefore accessing your files is not a hassle and you donâ€™t have to worry about running out of storage space. Originally made for the iPhone, but works with the iPad, and itâ€™s free. 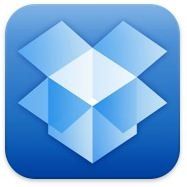 Download Dropbox
Pingdom â€“ This app allows you to connect to the Pingdom uptime monitor and letâ€™s you know whenever your website or blog is down! Definitely a must have to keep track of your blog. Made for the iPhone but works on the iPad, and itâ€™s free. 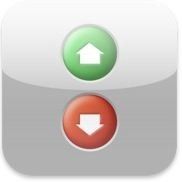 Download Pingdom
Ego for iPad â€“ This app really lets you dive deep into web stats applications, mentions on twitter or your referrers are just a swipe away! And is available for a price $4.99. 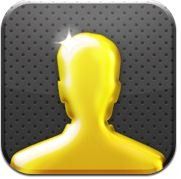 Download Ego for iPad
BlogPress â€“ Apart from the WordPress app, this app is really handy and feature rich features and allows you to write your blog posts anywhere and anytime. With itâ€™s simple interface, you can share your photos and news with people in a breeze! For a giveaway price of $2.99, itâ€™s definitely worth having for the iPad, iPhone and iPod touch and itâ€™s a universal app for all the three iDevices. 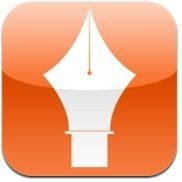 Download BlogPress for iPad
These are all the essentials apps for the iPad which we feel are necessary for Blogging. If we have missed anything or you think we should add more apps to the list, please feel free to tell us in the comments section below.
You may also like to check out:

Instapaper Pro – A very handy app which allows you to save any webpage which you can later view offline for your own references. You definitely need this one if you want to save pages for future references for your upcoming post, for a price of $4.99, it’s worth having.

Some rationale for the major changes, since I got a lot of positive feedback when I last discussed the design process:
The iPad reading interface

…has been completely redesigned: 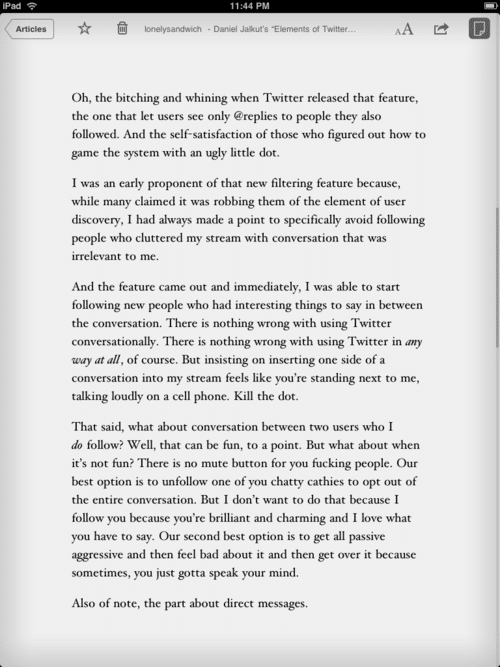 All controls are now at the top. I’m following Apple’s lead again: I’m not completely satisfied with control placement yet, but this is how most other iPad apps do it, and I think it’s at least better than having them at the bottom.
The Star and Archive buttons are on the left for a few reasons:

The scroll indicator on the right side is now much thicker and more noticeable, and it has also been made much more accurate, although there’s still room for improvement.
The huge margins

The iPad screen is actually too large for comfortable text reading spanning the entire width unless you move to multiple columns, which is a technical challenge that I’m not ready to tackle yet (especially since I don’t particularly like multi-column reading).
In 2.2.3, the minimum and default margins are both much thicker, and I’ve added a slight gradient around the edges (thanks to the Kindle app designers who came up with that) to help frame the content area and draw your eyes in.
Brightness adjustments

This was an easy decision to include: the iPad is far too bright to comfortably read text with a white background in a dark room, even at its lowest brightness setting.
I wish I could do it the way iBooks does, with actual hardware backlight-level control, but that’s not available to app developers. So mine’s done by putting a giant translucent overlay on the main reading and list areas. It’s a hack, but it’s the best that app developers can do for now. (Amazon’s Kindle app does the same thing.) 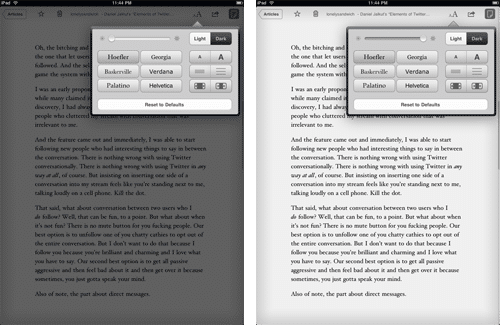 The darkest and brightest settings in Light mode.
I can’t dim the popovers easily (or well), so for now, they remain un-adjusted. (Sorry about that.)
I find that I now rarely use Dark mode, preferring instead to keep it in Light mode at very low brightness when reading in bed.
Pagination tap zones

After more usage, I’ve changed my mind about these (previous zones) and decided that left/right zones made sense in addition to top/bottom zones.
The new zone arrangement is a hybrid of both. (I’ll do a lot to avoid making yet another preference in the Settings panel.)
The goals on the iPhone were to provide as much tappable area as possible, and accommodate casual thumb taps on the mid-right section when holding it in your left hand. Furthermore, the larger the pagination area, the easier it is to tap while avoiding linked items in the page. 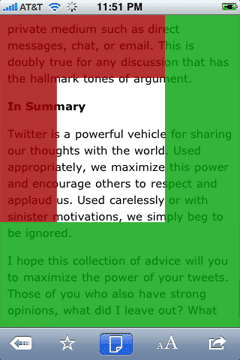 Red is previous page, green is next page.
On the iPad, the usage is very different: it’s usually held two-handed by its sides, and the margins are so thick that there’s no need to avoid hitting linked elements (because there aren’t any in the margins). 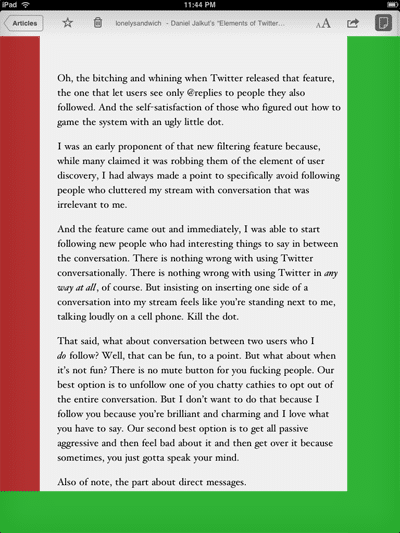 Additionally, the top zone didn’t make sense the way most people hold the iPad, and would be too likely to cause conflicts with the controls, so it was removed.
The way I most often hold the iPad, I tap the middle of the left margin for “previous page”, and the bottom-right corner area for “next page”.
Fonts, Dark mode in articles

The font panel has been significantly expanded:

In addition to the aforementioned brightness control, there are now three new fonts (Hoefler Text, Baskerville, and Palatino), and you can now toggle Light/Dark mode without leaving the article or opening the Settings panel. In a future version, I’ll probably remove the Dark-mode toggle from the Settings panel, as it’s now redundant.
While the in-article Dark-mode toggle isn’t on the iPhone version yet, I’ve laid the groundwork for it with this, so I’ll try to fit it into a future update. Unfortunately, I can’t add the new fonts to the iPhone, as they’re only available on the iPad. And I don’t think the brightness control is necessary on the iPhone since it does much better job of regulating its own brightness.
The future

One major addition coming soon is recognition of swipe gestures for page-turning. On the iPad, this is essential, because it’s how all other page-turning apps behave.
I have a lot of ideas for interface designs and improvements that didn’t make it into this release, plus the usual amount of feature ideas that are slowly getting implemented.


I highly recommend this app as one of the top must have apps for the iPad or even the iPhone if you do any browsing of the web even on other computers.
​

thank you for the info on some of the products .i saw three products i would use in my work and personal life. there has been a couple of products i been seaching for.. to make my personal ipad been able to do more business fuctions on it and take up less than 2.gb of stowage on the unit ..so this way i can write off the cost of the unit and it accessories items at the end of the year for taxs
Last edited: Apr 25, 2010
U

This is extremely helpful for my blog!
M

This post is old, and I think user experience has been less than satisfying...

I'm hoping to use my future iPad to blog while on the road. Anyone have any experience with these?

1) Wordpress: Apparently useless on the iPad.
2) Blogger: Seems to be workable but manipulating images & formating texts is an issue.
3) Tumblroo: Looks neat, but I have seen no reviews of this app. I'm worried about exposing my kids to Tumblr sites that have a tendency to be a bit racy....

TIA, for ANY feedback.
A

I would like to know what makes you like TweetDeck over the Official Twitter iPad app? After reviewing a whole bunch of Twitter apps on appsforipads.net I really think Twitter, Inc. knows their users better than anyone else... and their app is free.
A

Thank you for sharring this.
L

hmm , thanks!! I'll get some of them and do some decorating for my blog
T

Save blog on blogpress

I plan to do a blog on my next trip. Is it possible to save my blogs and create a diary with them at the end, or as we go along?
A

I thought that I would update this thread with what is likely going to be the premiere blogging app: Blogsy. Do a google or app store search. Love it!
You must log in or register to reply here.

M
Holy Crap, Zite is AWESOME!!! . . . and other observations