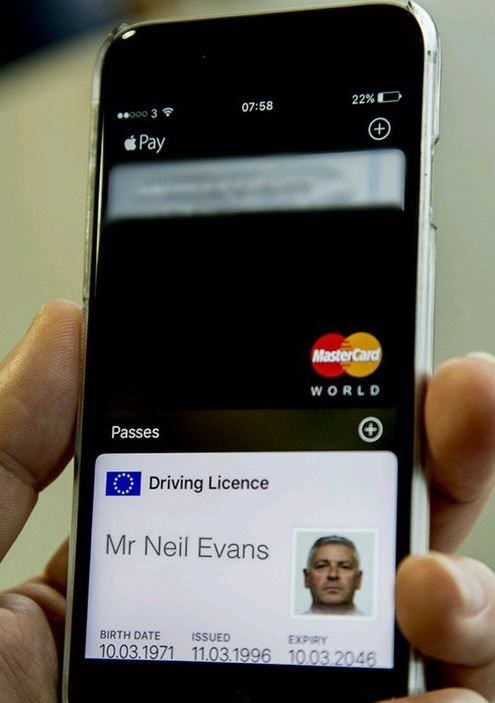 MacRumors reports that the UK’s Driver and Vehicle Licensing Agency (DVLA) is working on a digital driving license that could be used via the Apple Wallet app.

The news came from Oliver Morley, the DVLA’s CEO, who tweeted an image of a prototype of a digital driving license stored in the Apple Wallet on an iPhone. In the image, a UK driving license is shown next to other Wallet cards. “So here’s a little prototype of something we’re working on #drivinglicence” tweeted Morley.

Morley says that the digital license would not be a complete replacement for the physical driving license card in the UK, but, rather, an add-on to save you carrying your card license around with you.

In 2015 the paper counterpart to the driving license card in the UK was discontinued. Apparently security is a big impetus for the DVLA wanting to develop a digital version of the license.

MacRumors notes that if the UK is considering this, then surely other countries must be as well, with Iowa in the US working on a digital ID card back in 2014.

Oct 8, 2017
Maura
M
M
Apple Working on its Own Version of Snapchat