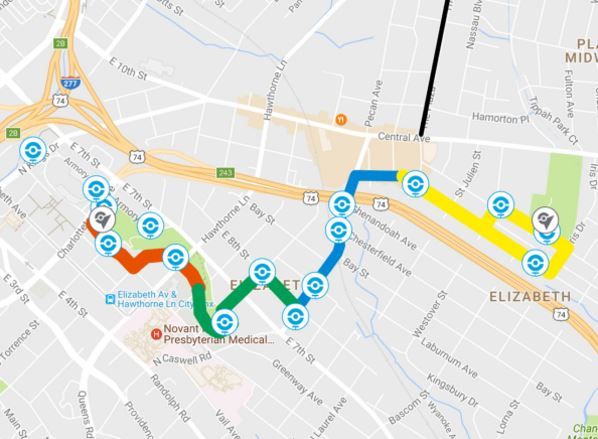 Co.Design reports today on a surprising move from Niantic, the makers of Pokémon Go, who have teamed up with the Knight Foundation as part of a multiyear deal designed to promote civic engagement in communities. In practice, this means that the two companies will both use time, money, and Pokémon to encourage folks to go outside more and participate in locally organised events.

“We’re techno-optimists at the Knight Foundation,” said the foundation vice president, Sam Gill. “We were excited to see someone who had seemingly cracked the code of how to use this device we’re all carrying around to go out and interact with each other.”

The first fruits of the partnership is due to take place this Sunday, May 7, in Charlotte, North Carolina, with a Knight’s Open Streets events. These are events that are happening in towns all over the US, where city streets will be officially closed off to cars so that people can walk around and ride their bikes and explore the area without having to watch for traffic.

The City of Charlotte has incorporated Pokémon Go into the event map, choosing 16 current PokéStops and two Gyms to feature as part of the route, guiding people to featured locations such as a rose garden or a veterans’ park. Pokémon will also appear more frequently in these key areas.

“They’re really interesting features of the community that hopefully educate people as they discover their civic pride,” said Niantic CEO John Hanke. “That’s a small thing, to discover a nook or cranny of your city…but that small thing magnified by lots and lots of people is really significant. So we’re going to keep working on our side to cause that to happen more often.”

It’s early days for the partnership, of course, but clearly, both Niantic and the Knight Foundation are hoping that 2017 will be the second big summer of Pokémon Go, and that people will once again start exploring their neighbourhoods in the sunshine in their droves, spurred on by this new community initiative.

Source: Pokémon Go’s Next Big Move
You must log in or register to reply here.