Merriam-Webster Cites Apple Fans as Example of the Word “Sheeple” 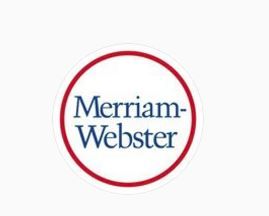 Cult of Mac reports that Merriam-Webster is risking offending Apple customers by using them as an example of the word “Sheeple” that it has just entered officially into the dictionary.

“people who are docile, compliant, or easily influenced: people likened to sheep.”

And here’s the second of two examples given by Merriam-Webster to support this:

“‘Apple’s debuted a battery case for the juice-sucking iPhone - an ungainly lumpy case the sheeple will happily shell out $99 for’-Doug Criss.”

As you might expect, Merriam-Webster’s disparaging of Apple fans by singling out as an example has not gone down well, and the normally sedate and polite comments section of the Merriam-Webster online dictionary is certainly a lot more fiery than usual at the moment. Many commenters have taken the criticism to heart, including Garett Wolff, who wrote “I am highly offended you allow such hateful and anti-apple examples to be used,” and Dustin Ravizé, who said “This is disgusting, complete disrespect to people who use Apple’s technology to enrich their lives and the ones around them.”

Of course there were others who were highly delighted by Merriam-Webster’s comments, such as Rachel Alien Freilich, who simply said “Awesome!,” and Kevin Leon, who said, “I love a good laugh at Apple’s expense. If ever there was perfect usage example this was it.”

Will be interesting to see what Apple’s clever marketing and publicity people make of all this!

Definition of SHEEPLE
You must log in or register to reply here.