Grumpy Cat to Star in her own WarioWare-Style iOS Game 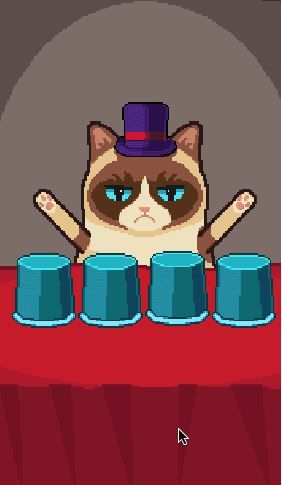 Lucky Kat Studios unashamedly cites WarioWare as being one of its main inspirations for the free-to-play game, which is due to launch in December. However, this is clearly much more than just a WarioWare clone, as Grumpy Cat’s famously miserable persona is always in evidence. Lucky Kat promises, in suitably grumpy fashion, that this will be “the worst mobile game you will ever play.”

If you’re interested in getting involved in beta testing for the game, you can sign up here: Grumpy Cat - Ready, Set, NO [Beta Testing]

Source: 'Grumpy Cat - Ready, Set, NO' Takes the Minigames From WarioWare and Adds Furious Felines, Coming Soon
You must log in or register to reply here.